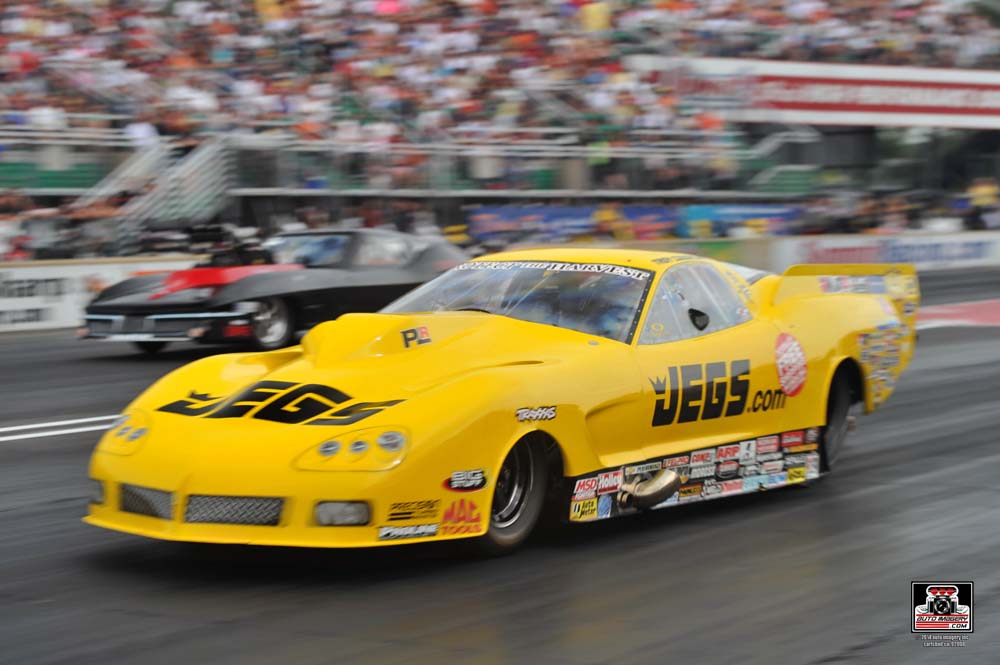 Coughlin took out Eric Latino on a holeshot to advance to the second round Sunday, joining brothers Mike and Jeg in Sunday's eliminations.

"Oh, my gosh, I couldn't believe it," Coughlin said. "They told me, and I was like, 'Wow.' It's exciting, no doubt, but they keep pecking at the car and picking it up, picking it up. We're almost catching up to those nitrous and blower cars. We're getting there."

Coughlin has enjoyed an uptick in performance this weekend after crew member Mike Rees tested the car during a Professional Drag Racers Association event last weekend.

"(Crew chief) Steve (Petty) and the guys took the thing testing at a PDRA race last weekend in Martin, Mich., and they figured some things out," Coughlin said. "They found some things. Mike Rees was driving it and did a fantastic job driving it. He's making my job easy here.

"Some of the shots that Steve has called has put some consistency back in this thing, and now we're putting some more speed back in it. We've got some power back in, half-track to the finish line."

Coughlin has lane choice in his second-round match against No. 3 qualifier Mike Janis on Sunday.

"We have a good fast consistent car," Coughlin said. "We'll see how Steve does with the track. Brian (Metzenhiem), Kyle (Pettis) and Mike are doing a great job, so we should be competitive.

Mike Coughlin has been driving well in Top Sportsman, getting .028 and .011 lights in victories Saturday. His pass of 6.694 at 206.20 mph earned him a third-round win over Billy Thoman.