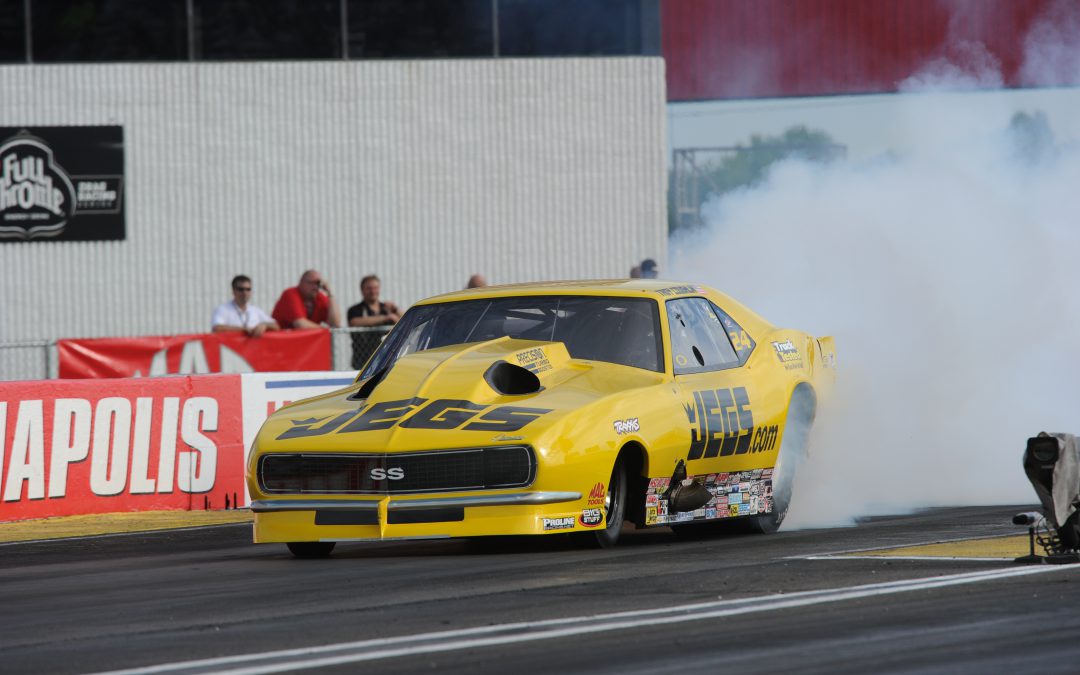 CHARLOTTE (Sept. 15) – The crazy weekend of JEGS.com driver Troy Coughlin showed just how recalcitrant the vehicles of the NHRA Pro Mod Drag Racing Series presented by ProCare Rx can be.

Coughlin's turbocharged 1969 Chevrolet Camaro couldn't get down the track in his first two qualifying runs at zMax Dragway, but he rebounded to post the No. 4 qualifying time in the final session.

In the first round of eliminations Saturday, with the car basically unchanged from qualifying, Coughlin encountered more trouble and fell to No. 13 qualifier Kevin McCurdy.

"It has been a crazy weekend," Coughlin said. "There's no doubt about that. We've struggled with managing the power. The guys got it under control, and we went out and made a decent pass."

Coughlin was No. 17 in the order after the first two qualifying sessions, but the speed of the JEGS.com car came through in Q3 with a pass of 5.936 seconds at 250.88 mph.

"We pretty much just put it back in line (for eliminations)," Coughlin said. "Then we had another issue. I don't know what the issue is, but we had something else happen inside the car when we were going up to stage. One of those things."

Coughlin's car didn't launch like it normally does, and it was clear the run would not go as planned.

"Something happened when we were going into the second light," Coughlin said. "I let go of the button to take off, and it was really sluggish. I figured, 'Well, maybe he'll make a mistake, maybe he'll spin the tires.' I kept my foot in it, and then as the motor starts to accelerate, the boost curve comes in. You're going from 1,200 horsepower to 2,200-2,300 horsepower like that, and the car's not rolling fast enough to accept that kind of power."

The tail of the JEGS.com Camaro shimmied, and Coughlin got close to the centerline. He got out of the throttle, and by then, McCurdy was gone. While Coughlin was bummed at not being able to advance to Sunday's second round, he was happy for McCurdy.

The next stop on the Pro Mod tour is the AAA Insurance NHRA Midwest Nationals at Gateway Motorsports Park on Sept. 28-30. But first, Coughlin and the JEGS.com team will take delivery of a new Pro Mod Corvette.

"We're heading to Pro Line Racing engines and convert this car to the new car," Coughlin said. "Then, we're going to go test as soon as we get it done."