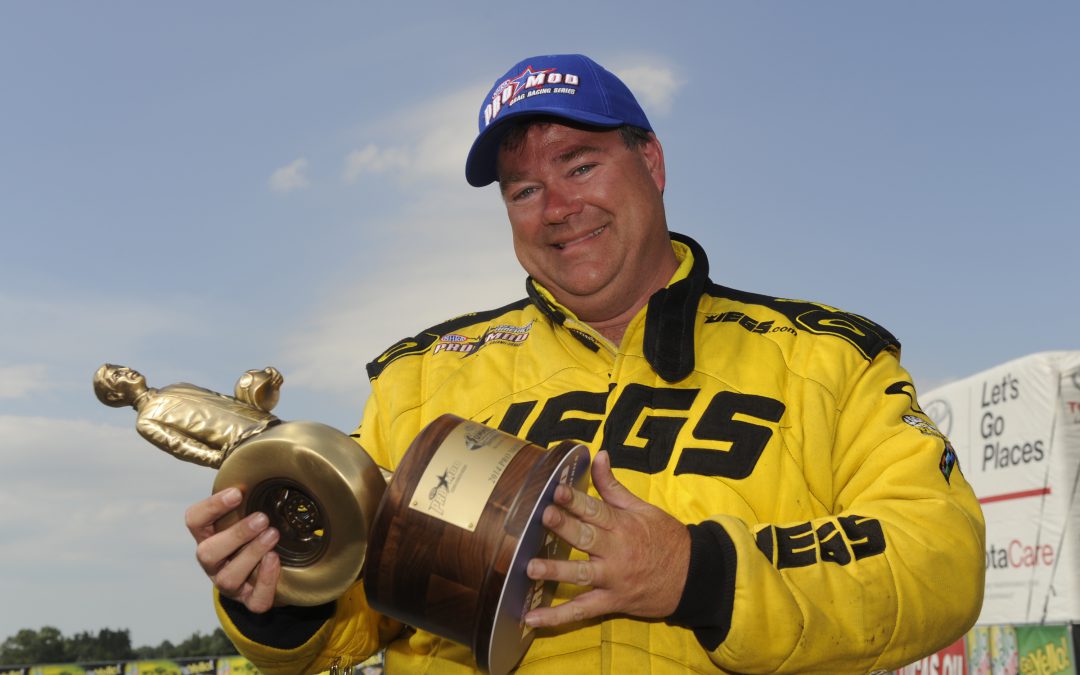 Coughlin's win, his first of the season, came not long after brother Mike won in Top Sportsman.

"Any time one of us wins, it is sweet," Coughlin said. "I was standing down at the finish line when Mikey's win light came on. I'm like, 'Wow!' I was jumping up and down ecstatic. I couldn't wait to get up here and have our crack at it, too."

Troy Coughlin earned the victory with a holeshot over Von Smith in the final round. Coughlin ripped off a .018-second reaction time, getting a .107-second advantage on the starting line.

"Von is fast," Coughlin said. "He was faster than us and was driving a little bit better, so we knew we had to dig deep and get it tuned up a little bit. The track looked like it was going to take it. I was backing up from the burnout, and I said, 'Let's try and leave with him because I know we can run with him.'

"When I put it in the second stage light, it was a little deep into it, so it probably killed another three-hundredths. But we had a good hot rod today, no doubt."

Coughlin, the No. 6 qualifier, earned a holeshot win over Eric Latino in the first round Saturday before taking out Mike Janis in the second round Sunday. Coughlin's run of 5.950 at 249.63 mph easily out-distanced Janis' slowing pass of 6.599 seconds at 167.84 mph.

Smith had lane choice in the final, Coughlin and his team, led by crew chief Steve Petty, were up to the task.

"Steve has done an awesome job on this thing all weekend," Coughlin said. "He's been keeping it consistent, keeping it fast, keeping it from having problems. He and Brian (Metzenhiem) and Kyle (Pettis) and Mike (Rees) were perfect. It was just a perfect weekend for us."

And it came in his home state of Ohio, not far from JEGS headquarters in Delaware, Ohio.

"We've got a ton of people up here from JEGS.com, and a lot of friends," Coughlin said. "My wife Julie's family is from Cleveland. It'll be a big party tonight. Doubling up with Mike, wow, what a weekend."