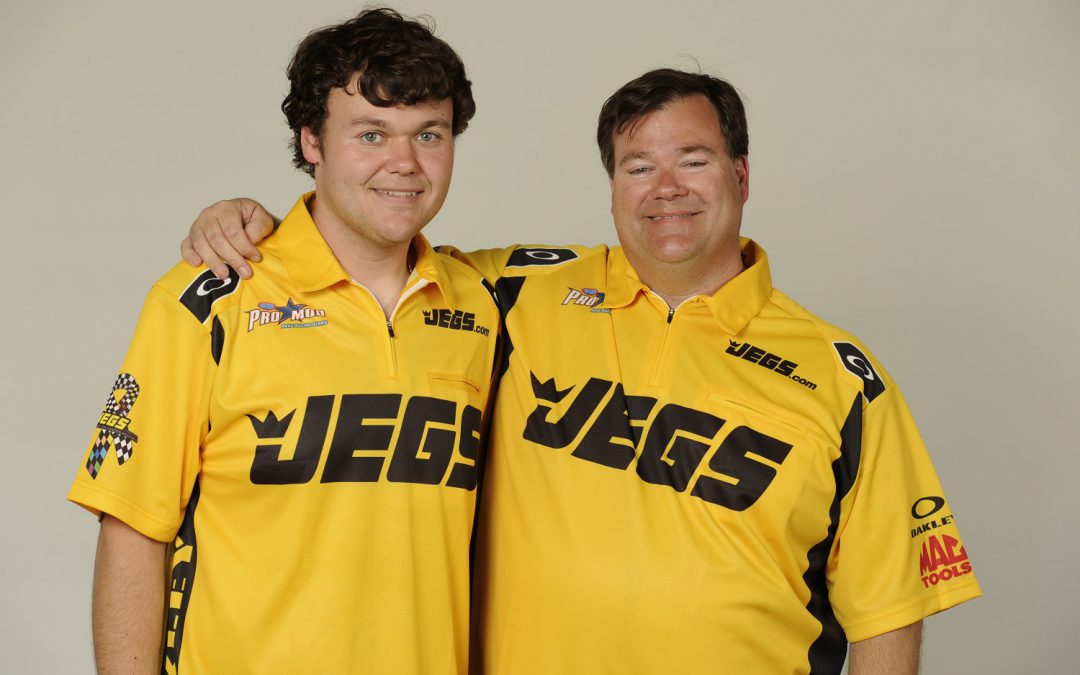 HOUSTON (April 21) — After a stellar start to the 2015 Pro Mod Series, two-time world champion Troy Coughlin and his son T.J. Coughlin are anxious to get back on track this weekend at historic Royal Purple Raceway in the Houston suburb of Baytown.

The veteran/rookie duo raced to a pair of strong semifinal finishes at the season-opening NHRA Gatornationals a little more than a month ago in Central Florida, giving them nothing but confidence as they turn their collective attention to Texas.

"It was the best start to a Pro Mod season I've ever had," said Troy, the 2012 Pro Mod champion. "For whatever reason, we've always had a tough go of it in Gainesville. Nothing against that track or anything, it's just been a rough location for us. Obviously, to start off with both T.J. and I going to the semifinals and being third and fourth in the points when we left town, that's a great boost for us.

"We expanded to a two-car team and moved T.J. up to the pro ranks this past off-season but the guys stepped up and made it seamless. I feel like we're already reaping the benefits of a two-car team and have gotten past any growing pains we might have had. That's an indication of the talent level in this crew."

As T.J. Coughlin transitioned to the pro ranks and his new high-horsepower JEGS.com twin-turbo Corvette, his father switched to a brand-new, nearly identical racecar that had barely been broken-in when they arrived at Gainesville.

"I think I made five, six passes at most before the race," Troy said. "T.J. only had a handful of passes himself. But Steve (Petty, crew chief) and the guys just put together perfect cars for us. We had some luck, and we had horsepower when we needed it, and came very close to having an all-JEGS final round."

To further their cause, Troy and T.J. added Brandon Stroud to the established crew of Mike Rees, Kyle Pettis and Justin Beaver. The group also spent the early part of this week testing at the Texas Motorplex near Dallas.

"The guys have been great and I'm doing all I can to give them the best feedback possible," T.J. said. "My dad has been a huge help in answering all my questions and I'm just absolutely living the dream right now.

"Everyone in the category went out of their way to welcome me in Florida and I felt really comfortable right away. I've been analyzing video and there are so many things I want to improve on so this test has been great. I can't wait to get down to Houston and get after it again."

Qualifying begins with two rounds at 3:30 and 6 p.m. Friday, followed by a final time trial at 2 p.m. Saturday. Round 1 of eliminations will be held at 5 p.m. Saturday and will continue Sunday beginning at 12:15 p.m.