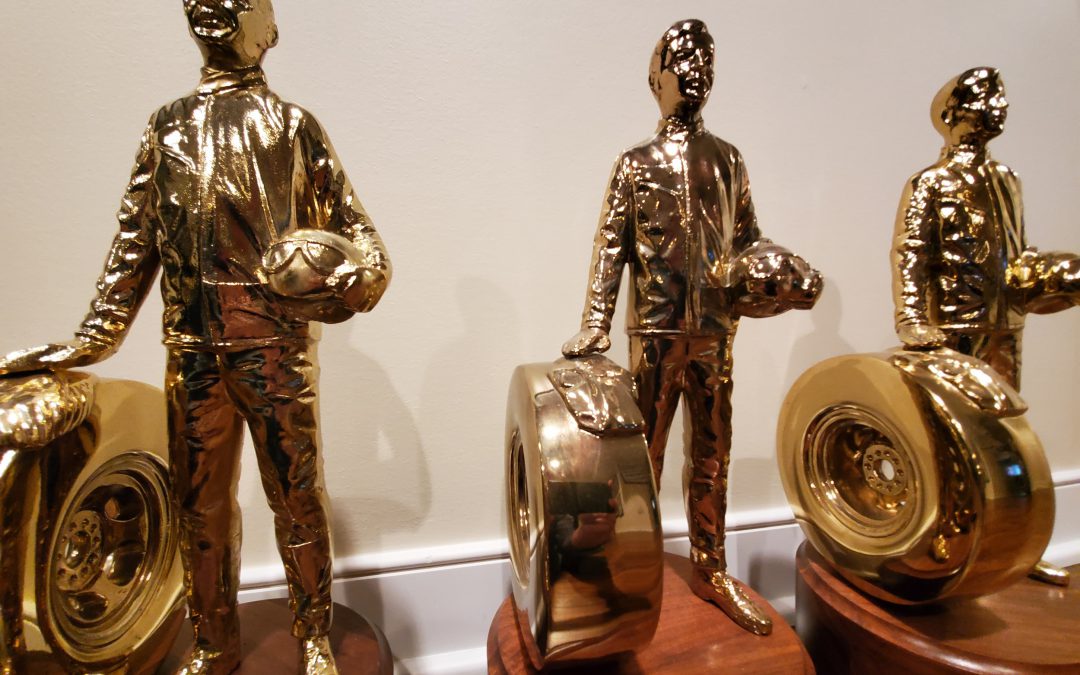 DELAWARE, Ohio (Dec. 31) — The entire JEGS.com drag racing team can look back at 2019 with great pride as they collectively brought home two championships and a pair of runner-up finishes, making the past season one of the best ever for the famous family from central Ohio.

Troy Coughlin Jr. led the charge as the third-generation driver collected his second straight regional championship in Top Alcohol Dragster. Close behind was his Uncle Mike Coughlin, who won his third Division 3 title, this time in Top Dragster. Mike's brother Jeg Coughlin Jr. finished second in the national Pro Stock points for the second consecutive year, and Troy Jr.'s sister Paige managed to earn the No. 2 ranking in Division 3 in Super Comp despite carrying a full load at Miami (Ohio) University.

Driving the same JEGS.com Top Alcohol Dragster out of the McPhillips Racing camp that carried him to the North Central Region Championship in 2018, Troy Jr. rolled into 2019 with a lot of momentum. He was certainly challenged along the way, most notably from his good friend Josh Hart, but his five victories and six runner-up results through the course of the season added up to the East Region title.

"Without question, I owe everything to Rich and Richie (McPhillips), Duke Roney, John Flenard, Andy Goode, Charlie Wroten and Charlie Greco," Troy Jr. said. "They inspired me all year with their incredible work ethic and desire to win. They are true professionals in every sense of the word and I'm humbled to be their driver."

Troy Jr. plans to continue his journey with McPhillips Racing in 2020 and hopes to add to his 17 wins at the national and divisional level. Aside from a third regional title, Troy Jr. has eyes on a national championship. He finished third nationally in 2019 and fourth overall in 2018.

A decade removed from his last D3 title, Mike credits an early summertime switch to a new power-adder for his success in 2019, which added a Top Dragster crown to the two Top Sportsman championships he collected in 2007 and 2009.

"We had a fast but kind of finicky car to start the year," Mike said. "My crew chief Greg Cody, with input from Tony Collier, Dave Raurk, and my Dad (Hall of Famer Jeg Coughlin Sr.), decided to make the switch to a Fowler F12 roots-style blower made by a local machinist named Jeff Fowler and our fortunes pretty much changed overnight. It married so well with our ComSYNC EFI that Ryan Micke put together for us and we were off and running."

Soon after the switch, Mike tallied divisional wins in Indianapolis and Chicago, which convinced the group to add more events to their schedule, including a great swing out west. Although he didn't add another win, Mike was such a consistent late-round finisher down the stretch he was able to close out the D3 championship over Danny Nelson, who went on to win the national title.

Mike will launch a concerted title defense in the early spring. "The only thing we're changing is the number on the car," he said.

Six-time world champion Jeg Jr. used another late-season surge to climb from eight-place to second during the six-race Countdown to the Championship, missing what would have been a seventh title by just 21 points. Two wins, one in Phoenix early in the year and another at the season-ending Winternationals, pushed his career win total to 82, and a pair of runner-up finishes in Dallas and Las Vegas during the playoffs kept things interesting until the end.

"Just a phenomenal year for Elite Motorsports all the way around," Jeg Jr. said. "I'm so proud of Rickie Jones (crew chief) and the rest of the yellow-and-black crew. We didn't win the championship but we came close behind our teammate Erica Enders, who absolutely killed it in the playoffs to get her third world title.

"Naturally, you want to win it all every year but realistically you know that can't happen. What you really want as a driver is to have a chance and we certainly had a car capable of winning, as we proved down the stretch."

Once again in 2020, Jeg Jr. will charge into another season of top-notch Pro Stock competition with Elite Motorsports.

Perhaps no one did more with less than Paige, who managed to finish second in the D3 Super Comp points despite racing only during summer break from university and a few holiday weekends. Paige also finishes the year leading the JEGS Allstars points in her division, something she'll continue to work towards in 2020.

Paige moved to Super Comp part-time in 2017 and has since became a regular in the later rounds of a class that almost always boasts the most competitors at each meet. She even tried her hand at bracket racing in 2019, reaching the final five in a lady's-only contest during an SFG event in Martin, Mich.

"I have a lot of faith in the JEGS dragster and in my crew chief Justin Beaver," Paige said. "I think we showed we are capable of winning rounds and races. I'm so thankful for everything. It was a great year. We won rounds at every race and we lead the JEGS Allstar points going into 2020. We're having fun."