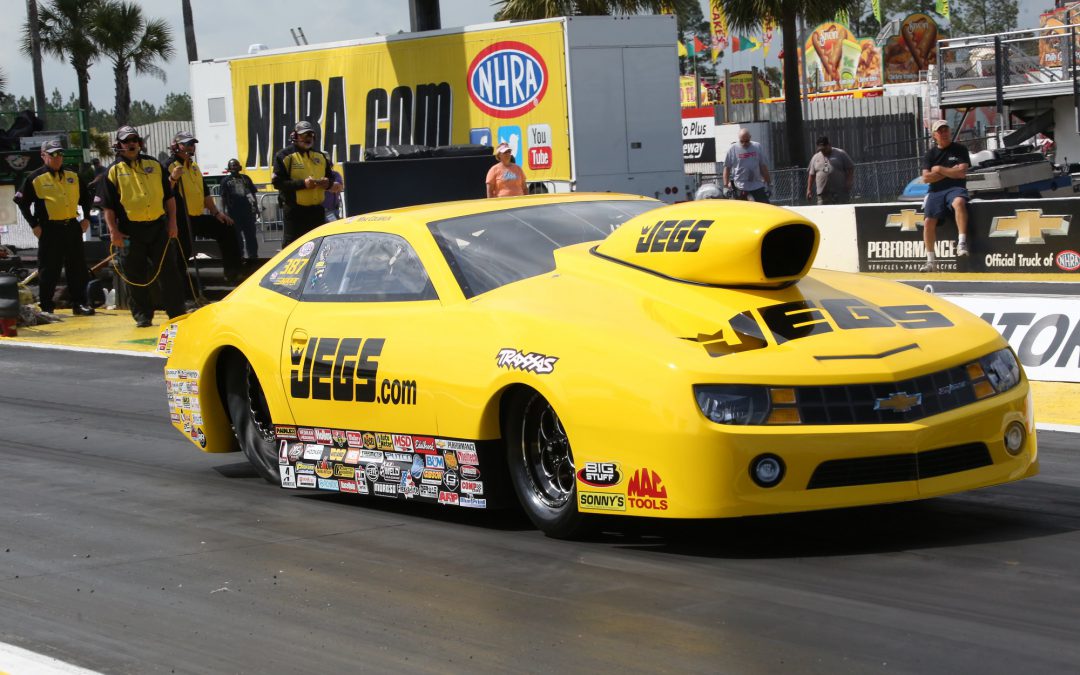 NORWALK, Ohio (June 29) — Ohioan Mike Coughlin has many fond memories from his 2007 and 2009 Division 3 championship seasons in the NHRA's Top Sportsman category, but what he remembers most about those two years is how much fun he had going to the track and drag racing every weekend.

Coughlin, one of four brothers who own and operate Columbus-based JEGS Automotive, a high-performance parts company, plans to return to that simple gameplan this weekend when the Lucas Oil Drag Racing Series makes it's annual stop in Norwalk at the Bader family's beautiful facility in Northwest Ohio.

"When the NHRA announced that Top Sportsman and Top Dragster would have a national championship for the first time ever this season I think we all started dreaming big," Coughlin said. "But recently I kind of stopped and reset myself a little bit and remembered that the journey is what's important.

"We drag race to have fun. We do this to spend quality time with our families and friends. It's crazy to lose sight of that. I know when we won our two titles in '07 and '09 we just raced and let the points sort themselves out. It was the fun we had along the way that made those seasons memorable."

It's probably a great idea for Coughlin to singularly focus on this weekend's race. After all, he posted his best elapsed time (6.599 seconds) and top speed (212.69 mph) en route to a big victory here one year ago. His Greg Cody-tuned JEGS.com Chevy Camaro has been equally impressive this season and the crew is ready to repeat last year's glorious day in their home state.

"Winning at Norwalk last year is a personal highlight, for sure," Coughlin said. "The fact my brother Troy won in Pro Mod at the same race and we were able to share the winner's circle made it one of the all-time best days of my driving career.

"You always want to do well at home and this is the closest track to our place in Delaware (Ohio) so my son Clay will be able to join us, along with Troy and his son Troy Jr., who are both racing in Pro Mod this year. I know we'll have a ton of support from the 350-plus associates at JEGS who will be on hand or following on NHRA.com. Maybe we can recreate last year's double-win."

Sportsman qualifying begins at 9 a.m., Thursday, with eliminations starting at 9 a.m., Friday and continuing throughout the weekend.