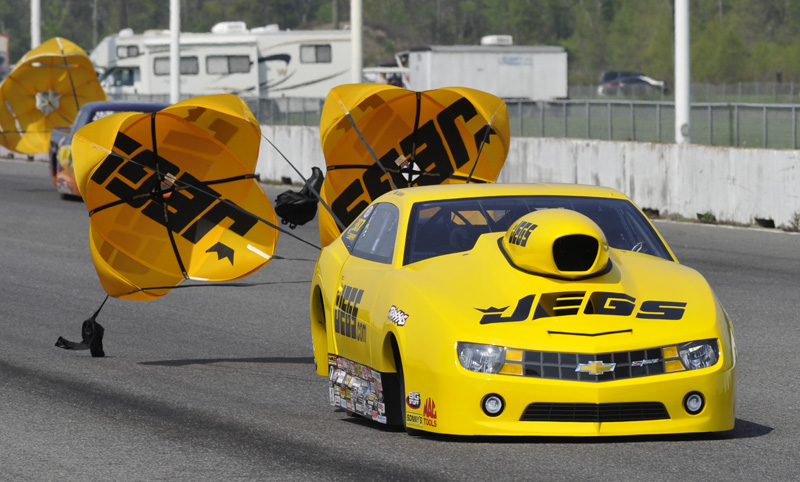 Coughlin, one of four brothers that owns and operates JEGS High Performance, is a two-time Division 3 champion in Top Sportsman, the highest level he could achieve in the class until this year. Now the sanctioning body is offering a national championship in both Top Sportsman and Top Dragster, giving Coughlin and his fellow racers a chance to make history.

"We're competing at quite a few more races this year as we chase this national title," Coughlin said. "We not only need to run our own divisional races but we can claim points in three non-divisional events so we decided to head to Dinwiddie this weekend and see what we can do.

"I'm excited. The last time we raced there was all the way back in 2000 so it's been awhile but we did real well that weekend, taking home a runner-up finish in Pro Stock Truck. Hopefully we can recreate that magic this weekend because you definitely need to go deep at every race to have a chance at the national championship."

In Virginia, Coughlin once again will be piloting his Jerry Haas-built JEGS.com Chevrolet Camaro powered by a Sonny Leonard engine. He'll lean heavily on the expertise of crewmen of Rick Rossiter, Greg Cody and Tony Collier, and his ever-supportive wife Kriss and sons Clay and Jack.

"We've had a few weeks off since our last race in Belle Rose to perform all the general maintenance on the racecar and it's completely ready to go," Coughlin said. "Dinwiddie always has a good racing surface and the weather looks cool and crisp. It should be a perfect combination for this car.

"The focus is on going rounds. Of course, you want to win every race you enter but over the long haul of the season, the races where you go three, four, five rounds earn you a bunch of those points that can make the difference when you add them all up at the end. This is an important weekend, but you can say that every time out.

"It's really cool to have a two-day event also because you're not sacrificing the entire weekend. We get to go home and have a day to recover with the family. Hopefully we do that with a trophy in hand this time."