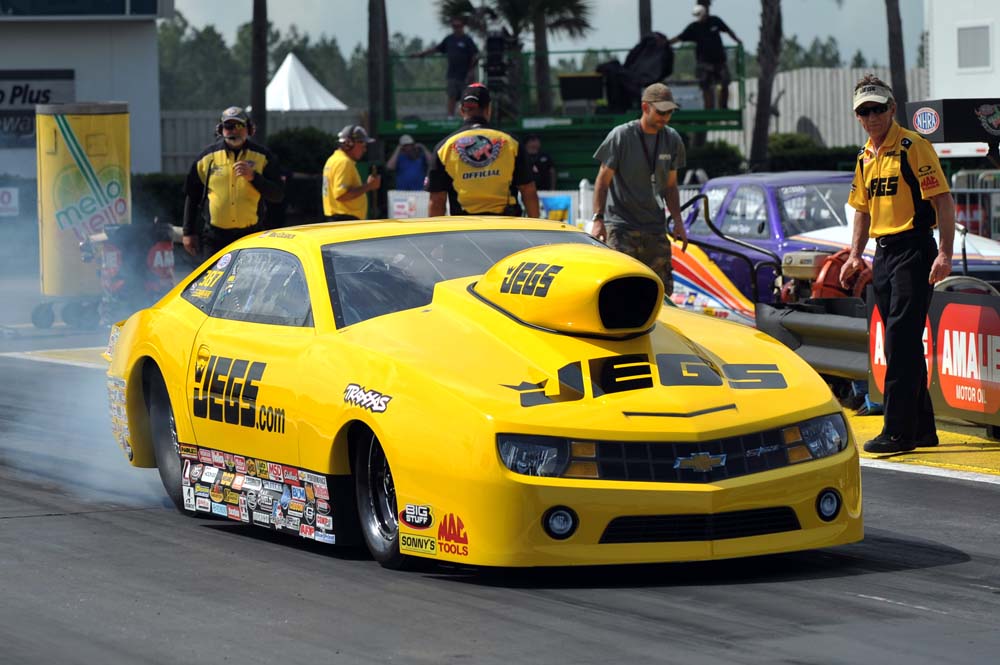 JOLIET, Ill. (June 2) — Currently 12th in the national points rankings for the Top Sportsman category, two-time Division 3 champion Mike Coughlin says it's time to get on the gas at this weekend's D3 Lucas Oil Drag Racing Series at Route 66 Raceway if he wants to have any chance of winning the inaugural world title in his favorite class.

"When the NHRA announced a national championship was up for grabs in Top Sportsman and Top Dragster, it really ramped up the level of competition," Coughlin said. "The class is better than it's ever been and we're seeing more and more people put full-time efforts into winning it all.

"There's more racers spending more money to go faster and be more consistent. Every race, every round has seen just stunning competition. It's awesome.

"The NHRA absolutely, positively made the right decision with these two classes."

Just a handful of races into the season, Coughlin admits he was hoping for a better start for his JEGS.com-sponsored, Jerry Haas-built Camaro. But he knows that just a few little tweaks can drastically change his course.

"We definitely need to score more points every race," Coughlin said. "It's time to step it up. We've made lots of little adjustments this year but nothing major. We really haven't been that far off. It's been one of those deals where races we've won in the past by thousandths of a second have gone the other way so far. We know that can change back at any moment. We need a little good fortune.

"I'm so proud of the work Greg Cody and Tony Collier have put into this car. Sonny Leonard and his crew have given us great motors. We have the horsepower, for sure. All the pieces are there."

Coughlin also has a resume of success at Route 66 Raceway. He's won at the facility three times in the past, once in Super Comp in 2005 and two more times in Top Sportsman in 2007 and 2011.