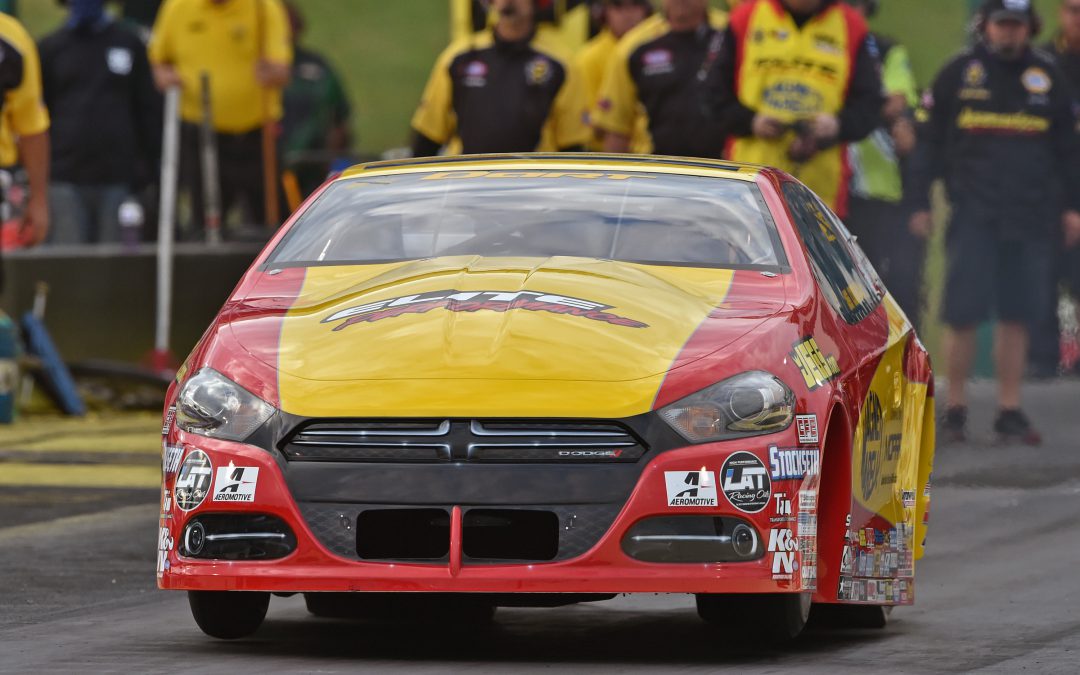 Driving the Magneti Marelli offered by Mopar/JEGS.com Dodge Dart, Coughlin lost in the first round of the NHRA Kansas Nationals on Sunday.

"Our plague is continuing with our program," Coughlin said. "But as I've said, it's all right in front of us. We really feel like we've got everything in front of us to run in the top five with the rest of these teams out here. Obviously, we're unable to find it at this point."

Coughlin and his Elite Motorsports team have struggled since the start of the season, as a new Dodge Dart and new fuel-injected engines have thrown curveballs at the Richard Freeman-owned team.

But Coughlin vows to fight on, knowing a change of performance and luck is around the corner.

"We've got a lot of on-track testing scheduled for this coming week," Coughlin said. "Maybe some little morsel will rear its head, and when it does, it's going to fix four cars real quick."

"It's not for a lack of effort," Coughlin said. "We've got to find the right screws to turn, and when it wakes up, it's going to wake up four cars real quick. Watch out."