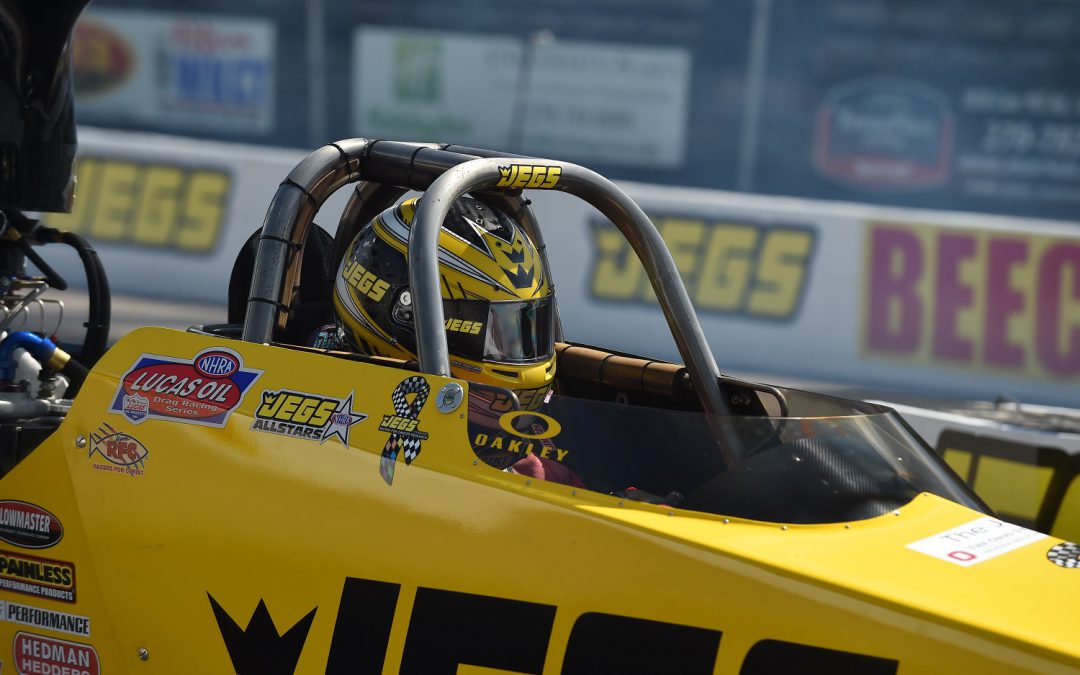 Competing in the same two Sportsman classes where he's found Indy success in the past — Super Gas and Super Comp — Coughlin Jr. will try for the hat trick this time through in his JEGS.com-branded Super Gas roadster and Super Comp dragster.

"The 'Big Go' is upon us and my emotions are sky high," Coughlin Jr. said. "Indy is a major test of a drag racer's persistence and resilience . It's a long grind and to be successful you have to manage your time and your mental outlook. It's a situational race, and you have to be ready to turn it on as soon as they call you to the lanes.

"Obviously coming off a runner-up finish Sunday in Bowling Green in the roadster has us feeling very good about ourselves. Super Gas is a tough class and anytime you get to the final round it's a real accomplishment. We only went three rounds in the Super Comp dragster but it was running strong as well. I just didn't do my job at the top end."

One of only 79 racers in history to claim multiple U.S. Nationals trophies, Coughlin Jr. first scored in Super Comp in 2010. He returned to the winner's circle of Lucas Oil Raceway in 2014 with a victory in Super Gas.

"Having won here in the past, that's another mental advantage we have," he said. "It doesn't actually do anything for you as far as the competition itself because we all start from zero each weekend, but it is nice to know exactly what it takes to carry yourself through the schedule and get to that trophy stand. You know what you have to do because you've already done it, rather than just imagining what it must be like."

The JEGS presence will be strong at Indy as Coughlin Jr.'s father Troy Coughlin Sr. and uncle Jeg Coughlin Jr. will be racing in Pro Mod and Pro Stock, respectively.

"This is another D3 track so we're all used to making this trek over from Columbus," Coughlin Jr. said. "It's only about three hours so we generally have a lot of family support plus lots of our JEGS associates make it to the race to cheer for us. That's so cool to have them behind us and rooting us on.

"Any time I get to race with my dad and uncle Jeg, man that's a good weekend right there no matter what happens on the track. Those two guys are my idols and I'm always extra comfortable when we race together. I can't wait to get started."