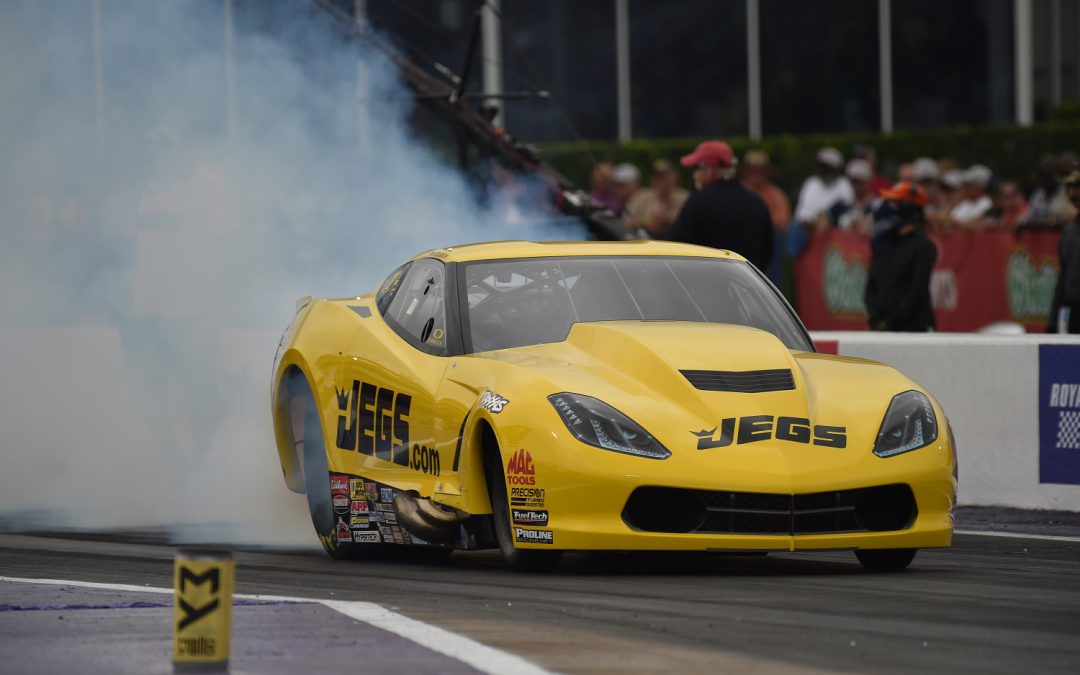 Coughlin, a two-time series champion, bracketed a season-best semifinal finish in Houston with unlikely Round 1 losses in Gainesville, Fla., and Atlanta, but as the series passes through the one-third mark of its 10-race season, Coughlin remains optimistic.

"The JEGS.com Corvette has been awesome all season, both at the races and in earlier testing," Coughlin said. "We thought about testing in the break between Atlanta and this weekend but Steve (Petty, tuner) didn't see any value in it. The car has been that good.

"We qualified top half in Gainesville and lost on a holeshot in Round 1, and in Atlanta the car drove out of the groove a little and spun the tires. These things happen in racing. It's happened in the years we've won titles and the times we haven't. It's just part of the deal. The key to overall success is how you rebound from off weekends."

Old Bridge Township Raceway Park is the perfect place for a bounce-back race for the affable Ohioan. Coughlin won his first Pro Mod trophy at the facility in 2005 and was runner-up to Mike Janis in 2013.

"It's a track where we've enjoyed success before, so there's definitely a good vibe about the place," Coughlin said. "Plus, my daughter Paige is coming with me this weekend and she's always been a good-luck charm for me. She'll be racing in Super Comp this summer and she wants to be more involved with all the racing we do, so it'll be nice to have her there taking it all in."

Coughlin and crew also will be dealing with a rule change in Englishtown as NHRA added 50 pounds to all turbocharged vehicles.

"It'll change the way the car reacts, for sure," Coughlin said. "It's a tough job for the NHRA to keep the playing field level for all three types of power adders we use in this category. Between the supercharged, nitrous-assisted, and turbocharged cars, there are a lot of factors to balance out.

"All we can do is go back to last year's notes when we were 50 pounds heavier and adjust accordingly. I'm not sure if this is the last change we'll see, but all we can do is play under the rules they lay out for all of us. Our desire to win will not change."