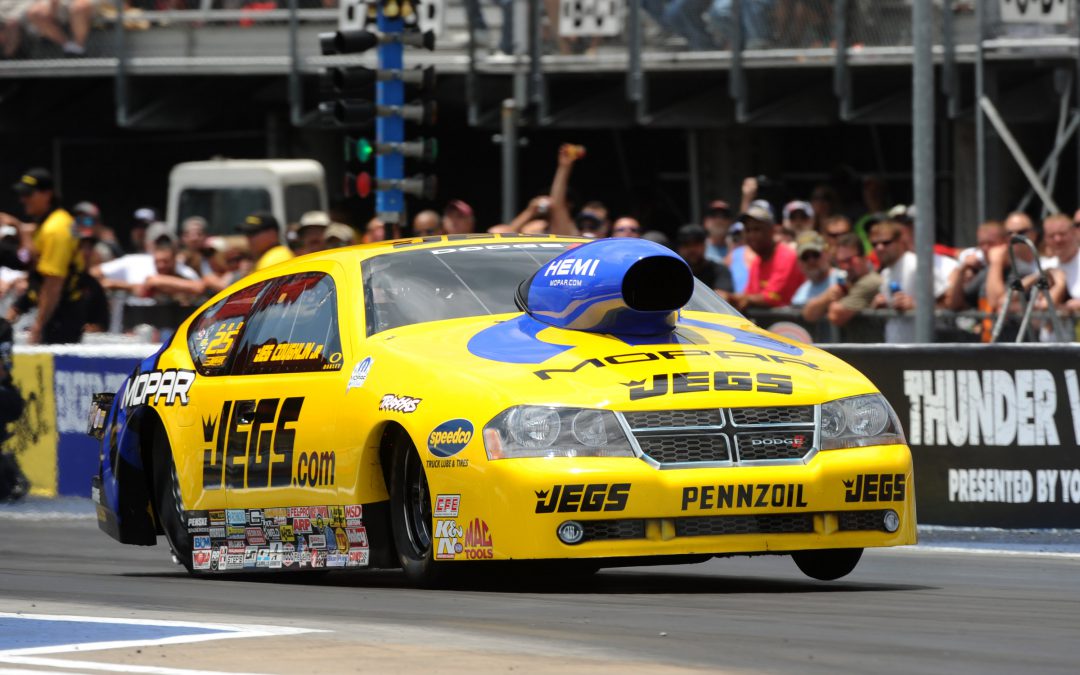 "Having such a reliable car gives the team more confidence knowing they can split the hairs of what they're looking at and make the car even better," Coughlin said. "It also gives the driver a big boost of confidence.

"I feel great. I made three real good hits at the Tree, and that builds my mindset going into tomorrow."

Coughlin's best run, posted Saturday afternoon in Round 3, earned him the No. 6 qualifying position. That means he'll start elimination action early Sunday afternoon opposite  Rickie Jones, who qualified 11th with a slightly slower 6.692 at 206.99 mph.

"We had three great runs and one good run out of the four sessions," Coughlin said. "The fastest session last night, for some reason we were scratching our heads after that run. We couldn't really put a finger on why we didn't perform like we wanted to, but that's the sport of drag racing. You've just got to analyze your data and get to work.

"We start from the sixth spot, which as good as any in the top 16. I'm looking forward to game day. We'll run a good friend and tough competitor in Rickie Jones, and I think we'll have a good drag race. It's Bristol, it's a Bruton Smith facility, and we look forward to performing well in front of a great crowd."

Due to local noise ordinances, the first round of eliminations begin an hour later than normal at noon EST. Pro Stock should get started around 1 p.m. All action will be shown on ESPN2.