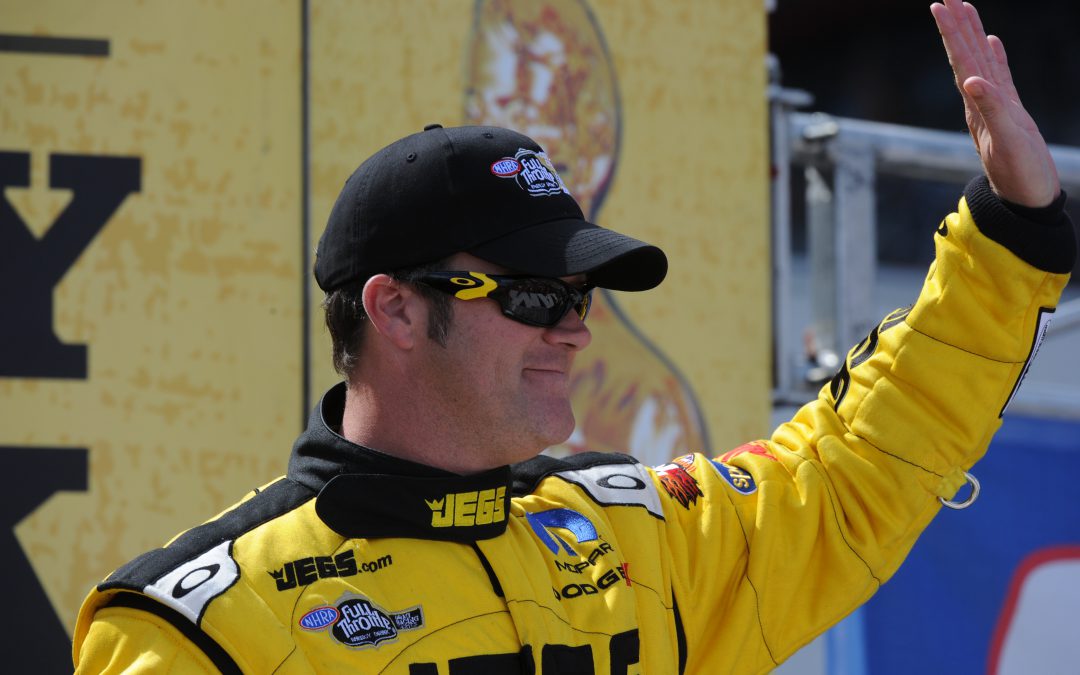 ST. LOUIS (Sept. 26) — The NHRA's Countdown to the Championship playoff format adds a ton of excitement to the last six races of the Full Throttle Drag Racing Series mainly because it reset the points for the 10 racers eligible for the 2012 title. Drivers that were once hundreds of points off the top pace suddenly find themselves just a handful of rounds back.

That's certainly been the case for five-time world champion Jeg Coughlin Jr., who managed to earn the 10th and final position in the playoff field even though he's only halfway through his first year with an in-house effort supporting his JEGS.com/Mopar Dodge Avenger.

Just two races ago, Coughlin was a whopping 830 points behind Mopar teammate Allen Johnson. With two playoff races in the books, he's only 256 back, although he admits he's not taking aim at the No. 1 spot just yet.

"We were definitely huge benefactors of the points being reset," Coughlin said. "It's fitting because life in the world of Pro Stock drag racing always seems to be very close. We've been at the top of the heap before in the past and seen our lead evaporate, we've been mid-pack and had to fight, and now we're at the bottom end. It's tough no matter how you cut it.

"We're still finding our program, finding our stride. We need to focus on the right spots — getting more horsepower out of these engines and getting in a real groove on the racetrack. Quite frankly, we're looking at gaining one or two spots in the standings. We're realistic enough to know we're not ready to challenge Allen just yet."

Coughlin remains in 10th place, but now trails ninth-place by just two points, eighth-place Larry Morgan by 10 markers, and is 13 behind seventh-place Ron Krisher. A single round of racing action is worth 20 points.

"If we could get to seventh place this weekend that would be a huge boost for our team," Coughlin said. "Really, we're just looking to improve what we're doing across the board. Gains are made in thousandths of a second in this class and it doesn't take much one way or the other to go from heroes to zeroes. We want to land on the positive side of that equation."

Professional qualifying sessions for Pro Stock will take place at 3 and 5:30 p.m., Friday, and 11:30 a.m. and 2 p.m., Saturday. Eliminations start at noon, Sunday. All action will be shown on ESPN2.