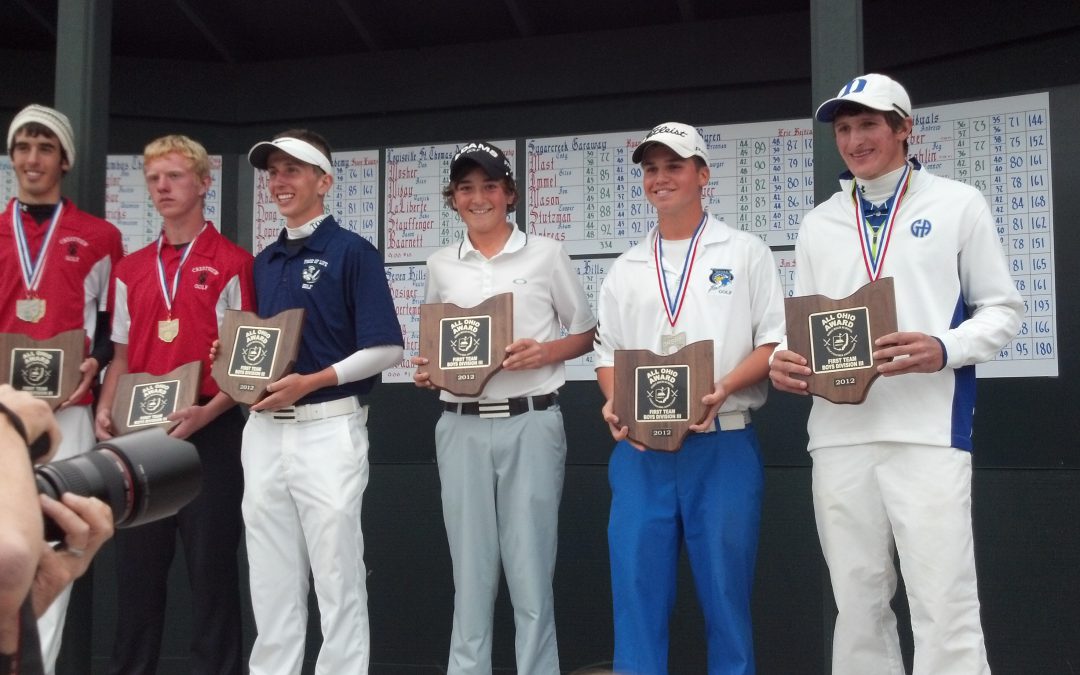 POWELL, Ohio (Oct. 19) — Village Academy student Jeg Coughlin III was shocked and humbled earlier this year when his teammates and coach selected him to captain the varsity golf team despite the fact he is just a 15-year-old sophomore. He then rewarded the faith shown in him by leading the Griffins to their best season ever, capped by Coughlin's remarkable fourth-place individual finish in the OHSAA State Golf Tournament.

"Playing golf is my life; I love it," said Coughlin, the first student to reach the state tournament. "We had a great season and I was playing really well when it counted the most. I'm not the biggest kid out there — I'm only 5-foot-6 — so I don't have tremendous length on my drives like some of the others, but I made up for it with accuracy, my short game and putting."

After nearly sweeping the regular season with 16 first-place finishes in 17 tournaments, Coughlin led the Griffins' charge into Sectionals at Darby Creek Golf Course in Marysville. Competing against 16 teams of five golfers each, the Griffins finished a respectable fifth in the team rankings with Coughlin advancing to District play based on his individual score of 74, the best of the entire field.

A tougher group of golfers gathered at Cumberland Trail Golf Club just outside for the District Tournament but Coughlin once again rose to the top, shooting another 74 to punch his ticket to State with a second-place individual finish.

"At each level the players got better and better," Coughlin said. "But Coach (Matt) Conkling did a great job keeping me focused on playing the best round I could play. He's been awesome all year, and when I'm not at ; I've been working with Tom Miles. I really feel like I've progressed so much, both as a player and a person, because of them."

Coughlin would need exceptional focus at NorthStar Golf Club in Sunbury, the site of this year's OHSAA State Golf Tournament, as the event covered two days. But the son of five-time drag racing world champion Jeg Coughlin Jr. and grandson of JEGS High Performance founder Jeg Coughlin Sr. responded like a pro, carding a 77 and a 75 to finish fourth overall. For his efforts, Coughlin was named to the First Team All-State, another first for .

"It was a real challenge at State," Coughlin said. "The wind was blowing at least 25 mph the whole time and being a two-day tournament we had that overnight time where you just think about everything that happened and how you may have done some things differently. It was pretty intense.

"I'm really pleased with how it went, especially since I'm only a sophomore. I'm already looking forward to next year. We start individual tournament play now, as we head to Purdue University for a FCWT Championship event, and I hope to use the leadership skills I learned as team captain this year to become better on the course and in the classroom. I couldn't have done this without my coaches, my teammates and my mom, Karen and dad, so I thank them all for this opportunity."