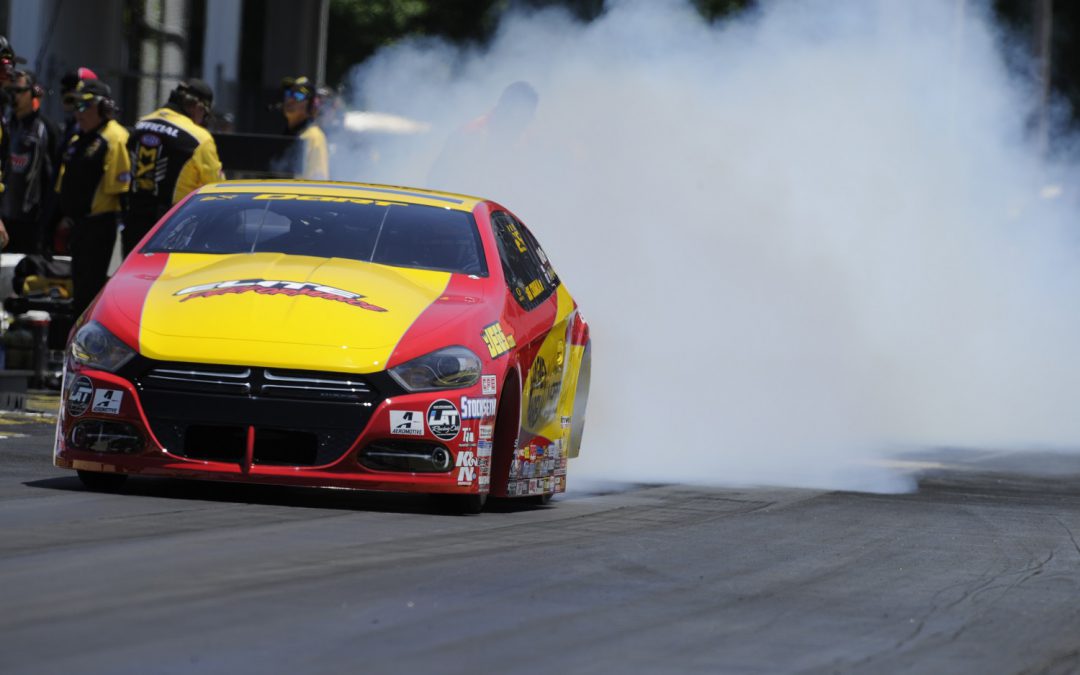 TOPEKA, Kan. (May 17) — Five-time Pro Stock champion Jeg Coughlin Jr. sees plenty of light at the end of the proverbial tunnel, and the light could be shining even brighter on the Magneti Marelli offered by Mopar/JEGS.com Dodge Dart team very soon.

Coughlin heads to the NHRA Kansas Nationals this weekend at Heartland Park Topeka ranked seventh in the Pro Stock points standings — not bad, but not where he and his Elite Motorsports team figured they'd be at this point in the season.

"To put a program together as quickly as the Elite Motorsports group and Rick and Rickie Jones did, it's not just one thing that's held us back a couple hundredths of a second; it's a handful of little things," Coughlin said. "But the guys have been working hard, and I can promise you there have been no stones left unturned in this camp.

"We have thought on a couple of occasions that one particular thing was the governor holding us back, but that didn't quite turn out to be the case. Our group is focused on getting the engine happier on the racetrack, accelerating faster out of the gate, and putting down good elapsed times on every pass.

"We feel like we're pecking away at it, and it feels like we've eliminated what seems like 99 percent of the problems. Now we're just trying to fine-tune that last 1 percent to get us toward the front of the pack."

The hard work continues for the Richard Freeman-owned team as they try to battle through some early season adversity, but there's no quit in this group.

"It's real simple: You can take one of two paths," Coughlin said. "You can be ho-hum about it and kick the dirt, or you can find something positive in everything we've been through. That's the way everyone in our group has looked at it. We're looking ahead at the horizon and looking forward to running well and challenging for round wins and race wins and to be in a position to challenge for the Mello Yello championship.

"The modern era of drag racing gives you more than one chance. If you can do enough to make the Countdown to the Championship, then the season kind of starts over in some respects and you have a chance to make a real run at it. We just need to make sure we're entirely up to speed by then."

"Topeka is a fun race," Coughlin said. "It was a late arrival to our schedule this year, but we enjoy racing at Heartland Park. It's a great fan base and a great community. I've had a lot of wonderful runs at Topeka and made a lot of fun memories. I'd love nothing more than to light another win light or two and see where that takes us and go from there."