Why it’s good Pro Stock champ Jeg Coughlin Jr. is mad about his best race of the year 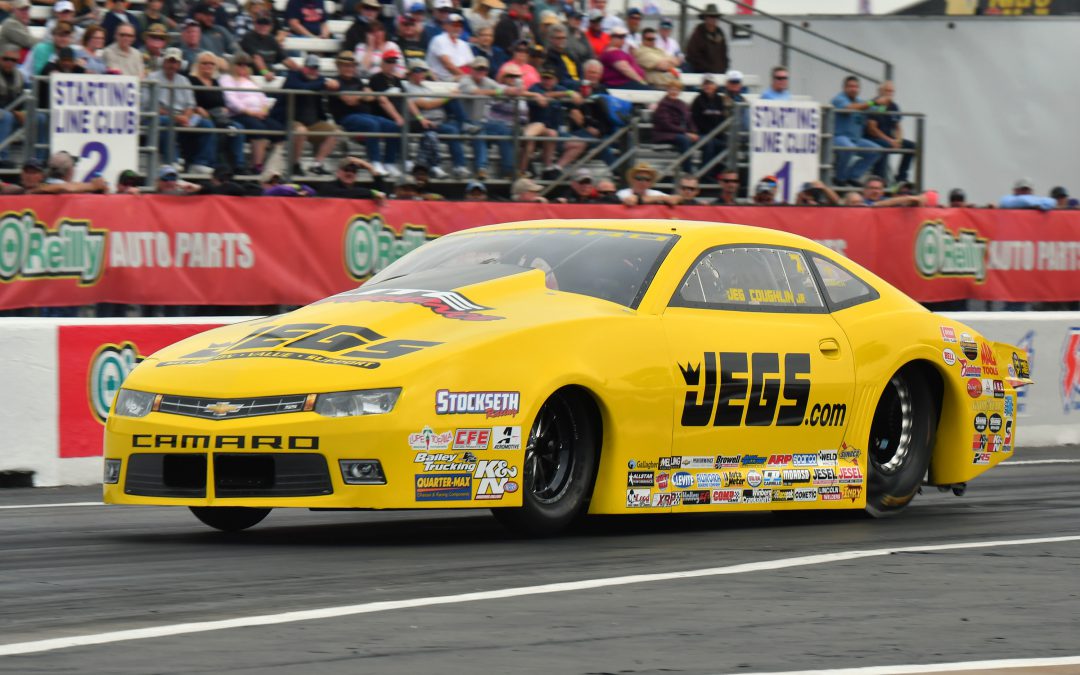 HOUSTON (April 22) — Only time will tell but it could very well come to pass that five-time pro Stock champion Jeg Coughlin Jr. eventually points to this weekend's 31st annual NHRA SpringNationals as the place where his 2018 campaign was truly launched.

After struggling through the first four races of the year, winning just one round and failing to qualify in the top half of any elimination ladder, Coughlin came to life Sunday in the Lone Star State, qualifying a lofty second overall and speeding through to the semifinals before shaking his tires and losing to part-timer racer Matt Hartford, who uses Elite Performance motors.

Coughlin's JEGS.com/Elite Performance Chevrolet Camaro was running so well, in fact, he was actually pretty steamed about not performing better.

"I'm actually a little dejected here at the time of this interview having just come from the heat of the battle," Coughlin said just after his semifinal exit. "We had a top three/four car for six straight runs and quite frankly I'm not sure what we did there to make it upset but Greg (Anderson) went down right in front of us so it wasn't a lane issue. We must have just made an error somewhere so we'll have to dig around and find out what happened.

"It's really disheartening to have that fastest car (of the previous elimination round) and go out and shake the tires (against Hartford) after having him by two hundredths (of a second) on the tree. Are we upset? At the moment, yes. Are we happy with the turn around and the gift we've been given from Larry (Morgan)? Absolutely."

The "gift" Coughlin received from Morgan is the use of his racecar. Coughlin had already tried two different chassis in the first four races to no avail, prompting his neighbor from Ohio to suggest he take his car for a spin.

"Larry's not racing at the moment and he was generous enough to offer up his car to see if that would make a difference," Coughlin said. "We knew all along we had the horsepower so we've been going through a process of elimination to figure out what's been wrong. I think it's safe to say we figured
it out.

"It's hard to take the lump as we did here but you'd be a fool not to say this has been a massive turnaround in a very short period of time. It's been a lot of effort and a lot of work by everyone at Elite Motorsports and I'm so impressed with the ability of the team to work on this project the way they have this last week.

"I'm upset right now because I know we could have won today but I'm not crying over spilt milk by any means. I'm just a competitor and wanted to meet (Erica Enders, teammate) in the final round and duke it out like we've talked about for a couple of years now. At least it was an all Elite final (where Hartford beat Enders) so we'll just have to wait for Charlotte to have another chance."