Will it be Jeg Coughlin Jr’s turn in Seattle? 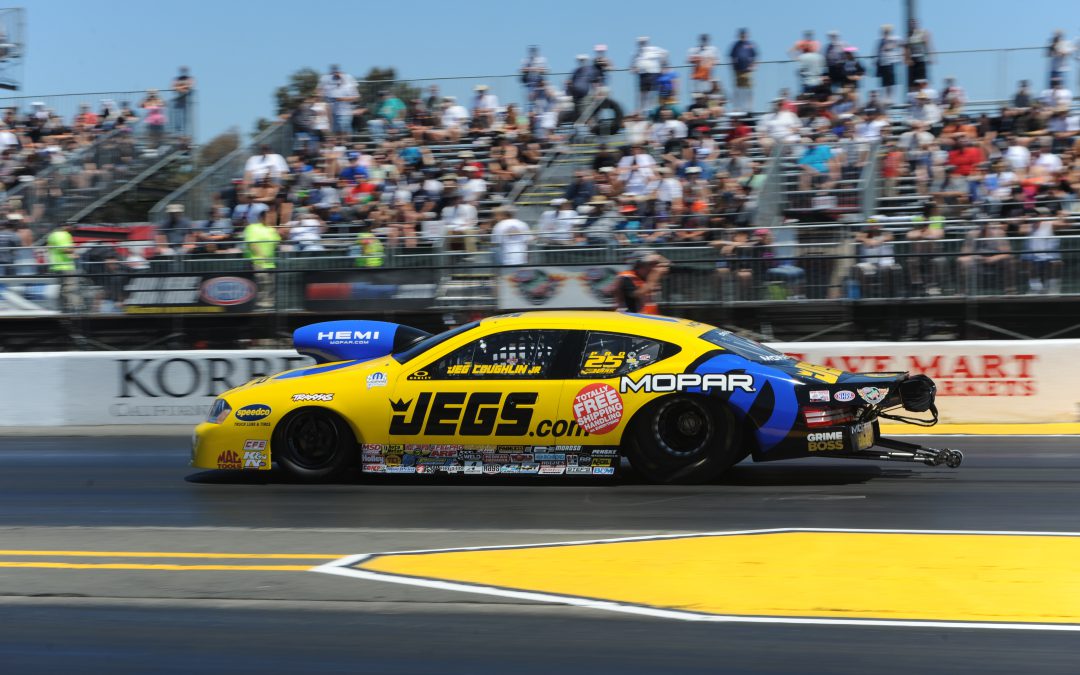 Coughlin reached the final round in Sonoma and would love to cap a Dodge sweep of the Swing in Seattle.

"We're looking forward to rebounding off the Sonoma weekend," Coughlin said. "Like I mentioned last week, with Allen winning Denver, Vincent winning Sonoma, maybe it'll be my turn in Seattle.

"But I know there are 14 or 15 other Pro Stock drivers out here who want to say differently. I really feel good about the program."

Coughlin has won in Seattle before, beating Mark Whisnant in the final in 2002. Plus, the four-time Pro Stock champ reached the final round in 2000 before falling to Richie Stevens. In both years, though, Coughlin went on to win the Pro Stock championship.

"Seattle's a fun race," Coughlin said. "We've had limited success out there, but we have turned the win light on in the final round before in my career. It sounds like a broken record from Denver and Sonoma, but they're all so picturesque events that we go to. They're a completely different group of fans in the northwest, but it's a really good bunch, and a strong contingent comes down from Canada. That makes it fun, too."

Coughlin sits third in the Pro Stock points standings with three races remaining before the Countdown to the Championship begins. He's scored two victories this season and at least one round win in 13 of the 15 races.

With the runner-up finish in Sonoma, Coughlin has five finals in 2013,and he heads to Seattle looking for one more.

"We're going to spend a few days in Napa and then make the trip up to Seattle for the event," Coughlin said. "It's going to be a good time. I remember watching all our heroes run there in the late 70s and early 80s. And later in my career, I was able to join that lineup."