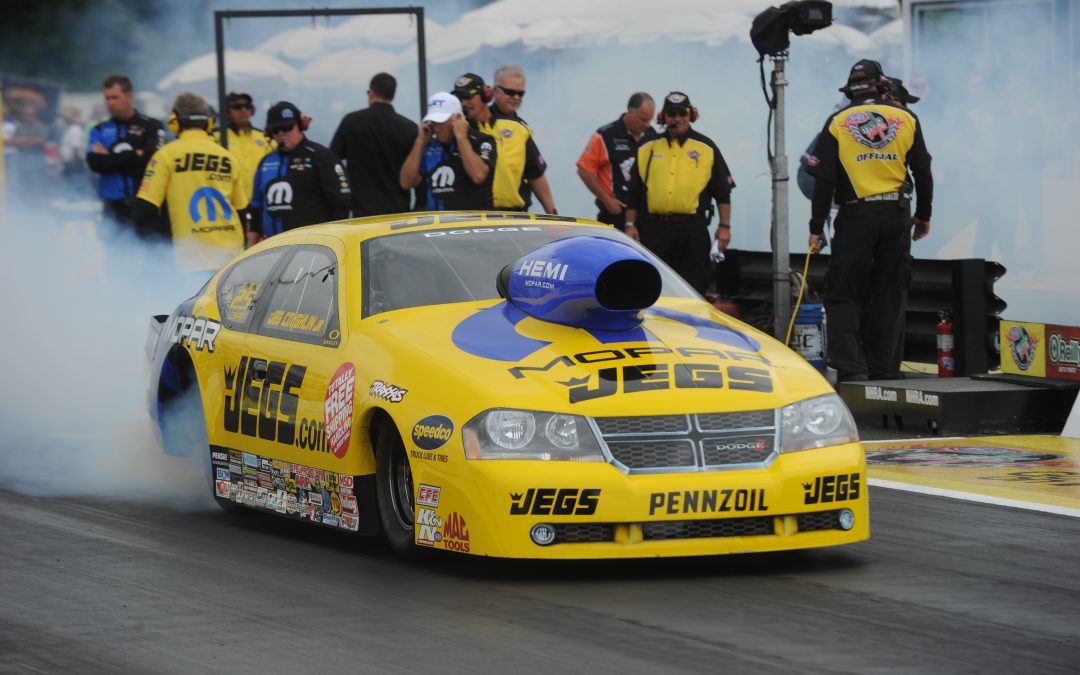 BRAINERD, Minn. (Aug. 17) — There's a little yellow light bulb affixed to the side of the retaining walls a couple hundred feet past the finish line at every drag strip on the NHRA tour. The bulb, when illuminated, signifies the thing drag racers covet most –a win.

Five-time world champion Jeg Coughlin Jr. has seen plenty of those yellow lights shining in his lane over the years. Lately, it's become the norm as the driver of the JEGS.com/Mopar Dodge Avenger has wheeled his hot rod to back-to-back runner-up finishes in Sonoma, Calif., and Seattle.

Now all the 70-time national event winner asks is to light that bulb one more time on race day, which would put his team back in the winner's circle for the third time this season.

"Winning this race is the top goal, for sure," Coughlin said. "The car's been up and down a little this weekend. We started off really strong in Q1 but dropped back after that and I'm really not sure why. We tried some different things and even swapped out a motor but the guys want to put it back to the way it was in Round 1, when we had our best effort, and go out there and race it.

"We might try another motor; I'm not really sure at this point. I know we'll analyze the data top to bottom and see what formula we can come up with to make it happen."

Coughlin actually has two goals Sunday during the Lucas Oil NHRA Nationals at Brainerd International Raceway. The primary one is to win the race, something he's done four times in the past in 1999, 2002, 2007 and 2010. He's also helping his team close in on the perfect tune-up for the six-race Countdown to the Championship, which begins after the next national event in Indianapolis.

"I feel pretty good about where we qualified," Coughlin said. "If you're in the top 16 you have a chance and if you start the day with lane choice then you have an extra little bump from that, so that's where we are.

"We've shown many, many times this year that the JEGS.com/Mopar Dodge Avenger is capable of running in the top two or three every round. We're a touch off today but tomorrow will be a different story and we'll be racing for the trophy.

"Long range, yes, we're looking at setups that will work for us down the stretch. It looks like Allen (Johnson, teammate) and I will be two and three when the points reset so we'll close right up with everyone else and start fresh. It's going to be a fun ride."

ESPN2 will carry this race in slight tape-delay Sunday afternoon.