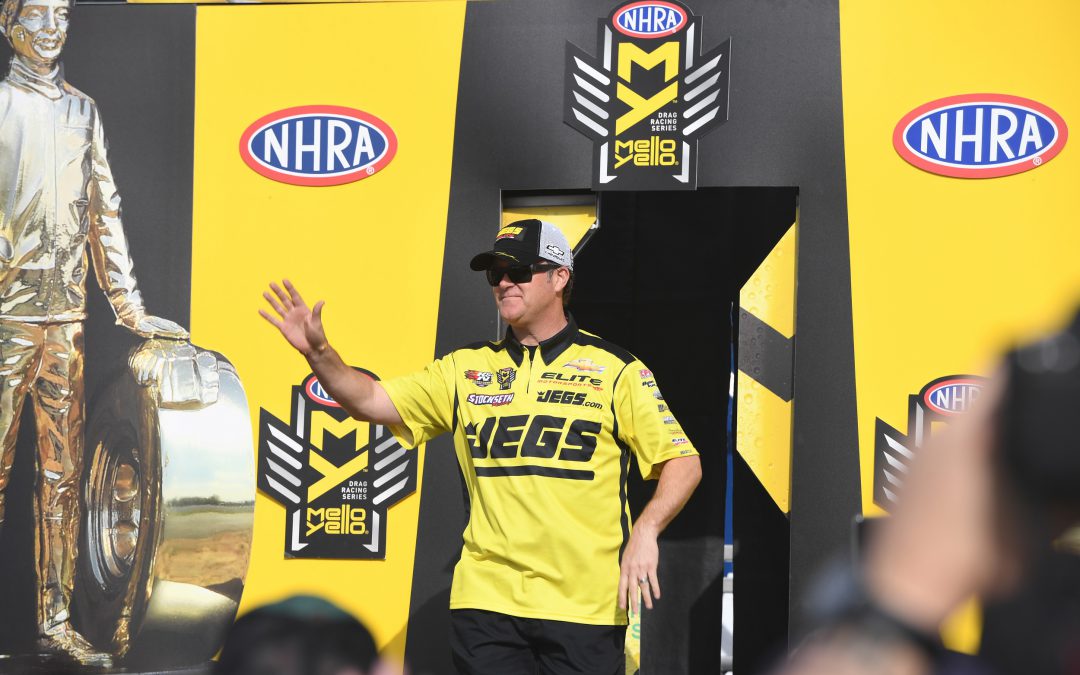 LAS VEGAS (March 27) — It's hard to be a consistent winner in Las Vegas but multi-time world champion drag racer Jeg Coughlin Jr. has defied the odds since The Strip at Las Vegas Motor Speedway opened in 2000, winning a remarkable six times at the beautiful facility just north of Glitter Gulch.

"Vegas has been a wonderfully successful place for the JEGS.com race team over the years," Coughlin said. "Not just for me but for my brothers John and Troy and nephew Troy Jr. It's become a very comfortable place for us to come and compete. It's always a good time, win or lose, after all it is Las Vegas!

"This time I really feel good about our chances. Probably for the first time in this young season I think we have a racecar capable of not only qualifying No. 1 but of winning the race on Sunday."

The confidence exuding from Coughlin and crew comes from both their early-season form and the lengthy test session they held after the most recent national event in Gainesville, Fla.

"We've had a really good season so far, in my estimation," Coughlin said. "I guess people could look at what we've accomplished and say we've done 'okay' but behind the scenes I can tell you we’ve made so much progress with our entire program and our engines are making great horsepower. It's been very encouraging.

"To that end, the entire team stayed behind in Gainesville and made 20-something test passes. We made some incredible strides in the right direction and although the real test will start this Friday at The Strip, I feel very good about the direction of Elite Motorsports."

Once again, Coughlin will have two chances to win the event as he plans to race his JEGS.com Corvette Roadster in Super Gas. He was hoping to get into the K&N Horsepower Challenge as well via the fan vote, but that honor went to his Elite Motorsports teammate Erica Enders instead.

"Way to go Erica!" Coughlin said. "I'm glad the vote worked out for our race team and we'll be supporting Erica all the way. A huge 'thank you' to everyone that voted for me and for all my friends that reached out and supported us. Next time we'll do it the old-fashioned way and earn one of the top seven spots."

When he's not busy with his own team's racing activities, Coughlin will be cheering on his nephew Troy Jr., who will be racing his fourth pro event in the SealMaster Toyota Top Fuel dragster.

Pro Stock qualifying sessions for the 18th annual Denso Spark Plugs NHRA Nationals are scheduled for 2 and 4:30 p.m., Friday, and 1:40 and 4:05 p.m., Saturday, with eliminations starting at 1 p.m., Sunday. Television coverage on FOX Sports 1 begins with two qualifying shows, one at 3:30 p.m., Friday, and the other at 4 p.m., Saturday, followed by live elimination action beginning at 3 p.m., Sunday. (All times listed in PDT).