Winning momentum on the side of Team JEGS racers Mike, Troy Jr. and Paige Coughlin 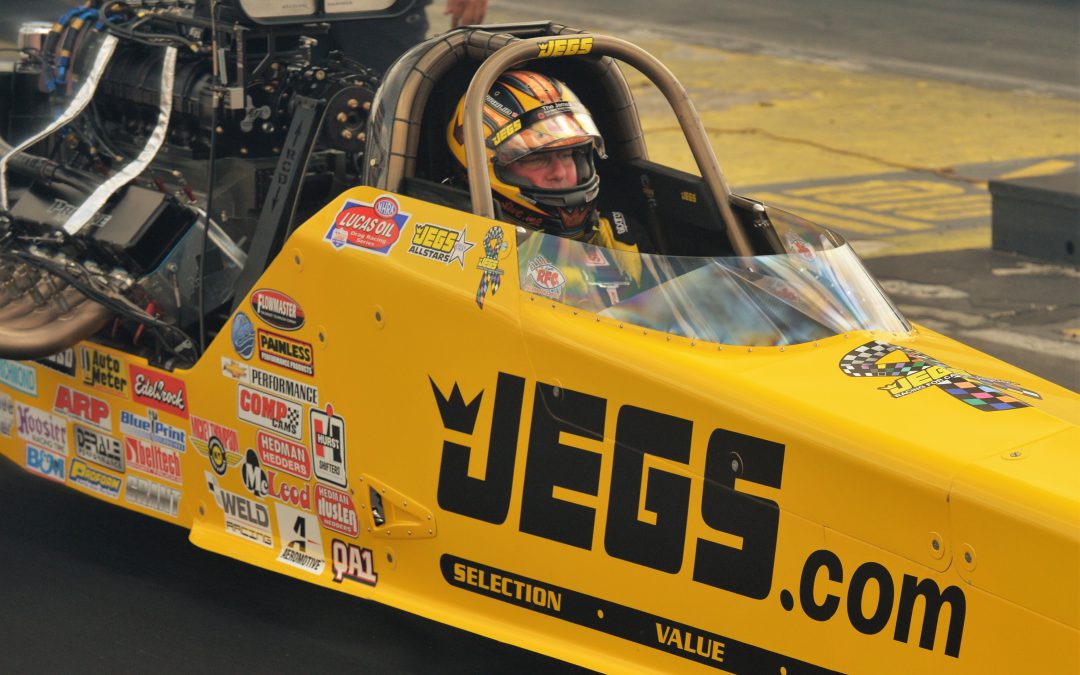 Mike and Troy Jr. are fresh off big victories in their respective classes, with Mike still glowing from his triumph in Top Dragster Sunday in Indianapolis, and Troy Jr. reveling in a home-state conquest of the Top Alcohol Dragster category on July 23 in Norwalk, Ohio.

Paige is holding her own as well, going deep into elimination action at every race she's attended since beginning her summer break from Miami University of Ohio.

A two-time D3 champion in Top Sportsman, Mike's Indy victory was his third since he switched to Top Dragster three years ago, and his first in two years. The 27-time NHRA event winner says a recent switch to a Fowler F12 roots-style blower has made his car much more consistent.

"We made eight runs in Indy and they were all picture perfect," Mike said. "I'd have to go back to our last win two years ago to find another race where our JEGS.com dragster responded that well to everything we asked of it.

"Our confidence is so high right now and after running so well in Indy we don't feel a need to change anything. The weather should be a little more agreeable in Chicago so the car will be faster, but that's an easy adjustment to make. Otherwise there is nothing we need to do."

Mike will once again be joined by his "good luck charm" — son Clay — in Chicago. Clay is becoming a big part of Mike's summer of racing and bounces between his father's pit and the neighboring work areas for his cousins Troy Jr. and Paige.

"Clay's such a great kid and him being out on the road with us has reminded me of so many good times in my past when I was jumping around all my uncle's pits," Troy Jr. said. "Last weekend in Indy was like old times for sure. I was running around as much as Clay. We have the exact same gang coming to Route 66 so the fun will definitely continue. There’s nothing like racing with your family!

Troy Jr. survived to the fifth round in Super Gas (it took seven to win) in Indy, which when combined with his recent win in the JEGS.com McPhillips Racing Top Alcohol Dragster, indicates he'll be a contender in both classes this weekend.

Paige began her summer blitz at the SFG 500 high-dollar bracket race in Michigan, going rounds in the five individual races that took place during the event. She continued her hot streak in Indy where she raced to Round 4 of Super Comp with an average reaction time of .013 seconds.

"Indy was a great weekend for all of us," said Paige, who is Troy Jr.'s sister and Mike's niece. "We made it down to 14 cars in Super Comp and my JEGS.com dragster was running great. I expect more of the same in Chicago. I just need to continue to do my job in the car.

"I’m thankful to be racing with my Uncle Mike, my brother TJ, and my cousin Clay, along with my crew chief Justin Beaver and all the other crew guys that help us so much. Watching my Uncle Mike take the win in Top Dragster was awesome and I am very excited for his team. We are looking forward to Chicago and hopefully we can continue to go rounds."