With playoff ticket secured, Coughlin focuses on another Sonoma victory 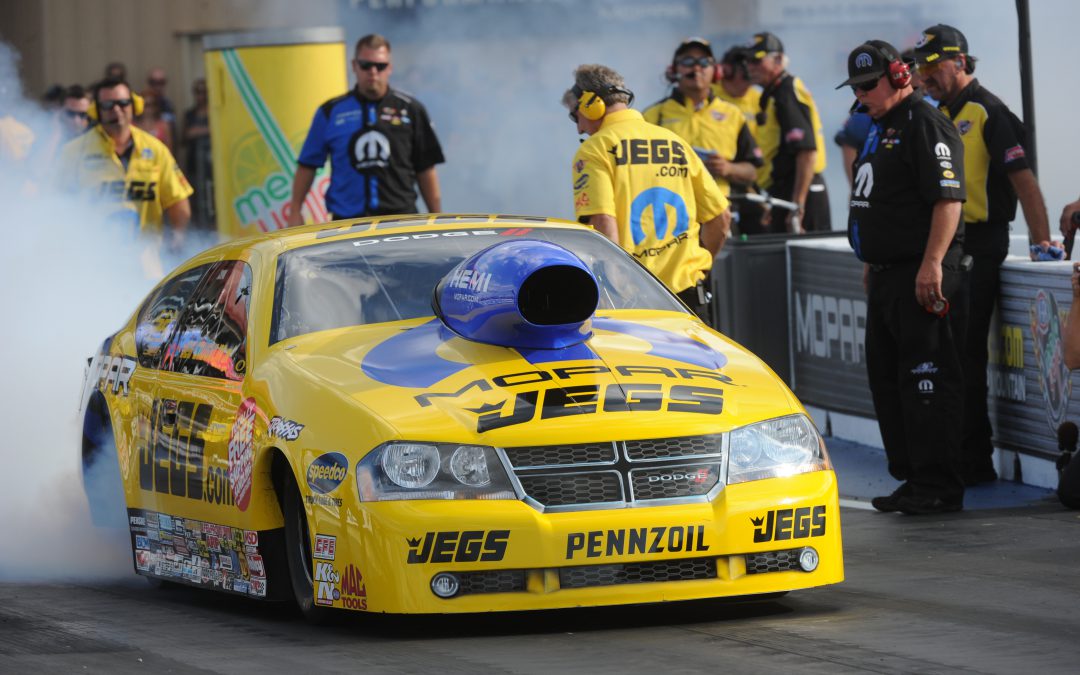 SONOMA, Calif. (July 24) — Five-time world champion drag racer Jeg Coughlin Jr. started the NHRA's Western Swing of three races in a row last Sunday in Denver by securing one of the 10 playoff spots up for grabs in the cutthroat Pro Stock category.

Now, with this weekend's Sonoma Nationals nearing, Coughlin says his JEGS.com/Mopar Dodge Avenger team will simply try to earn some more trophies in the four regular season races left on the calendar and prep for the battle ahead.

"I don't think we can experiment much more," said Coughlin, who already earned wins in Topeka, Kan., and Joliet, Ill. "We've already tried so many things to try to get the car to be consistent from Thursday's pregame mindset to hoisting the trophy on Sunday. Obviously, we've done that a couple times this year – and we've also missed some opportunities. Until the Countdown starts, our focus will be on making sure we clean up all the little things that could potentially slow us down when the Countdown starts.

"We wouldn’t mind winning a few more Wallys either."

Coughlin is a two-time winner at Sonoma Raceway, having collected the hardware in 2003 and 2010. He also scored a runner-up result there in 2008 and was top qualifier in 2001.

"Sonoma Raceway always has been one of my favorite tracks," Coughlin said. "One of my good friends, Kyle Seipel, his mom has been a part of the track for many, many years, so it's always been like a second home to me.

"It doesn't hurt that the wine country is just around the corner, and we've spent a few nights out there over the years. We definitely look forward to this weekend."

Situated at the far northern end of San Francisco Bay, Sonoma Raceway is close to sea-level, which can turn the racetrack into a virtual mineshaft where record times can be posted. But it can also be brutally hot, which always makes it tougher for the drivers, crew chiefs and fans.

"It's so picturesque," Coughlin said. "It's much like the racetrack we just came from, Bandimere Speedway in Denver. You're in the northern California foothills and it's very scenic.

"It can be very cool when the marine layer rolls in so it can be very fast. It can be just the opposite with warm temperatures and hot track conditions. We'll have to wait and see how it plays out this weekend. Regardless, we're looking forward to getting back to sea level and getting our JEGS.com/Mopar Dodge Avenger back to reality."