With points leader out, things could be falling into place for two-time Pro Mod champ Troy Coughlin 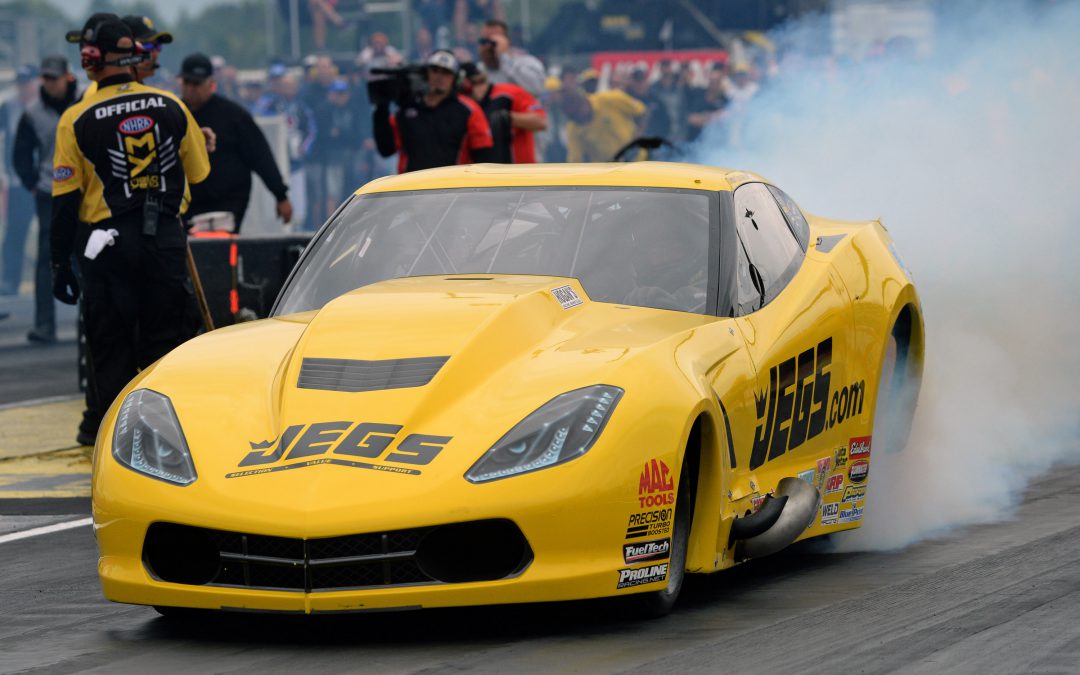 Coughlin qualified his JEGS.com twin-turbo Corvette second on the grid of drag racing's biggest race and won his first-round race Sunday night over Jim Whiteley. The win was great, but perhaps even more importantly, season-long points leader and top qualifier Mike Castellana was upset in the same round, paving the way for Coughlin to close the 82-point deficit he has to Castellana in the J&A Service Pro Mod Drag Racing Series points standings.

"First round we saw a couple of different upsets out there and with (Castellana) one of the guys that were beaten we have already picked up a round worth of points on him so we just need to keep carrying that momentum and chip away even more," Coughlin said. "Hopefully we can at least get to the semifinals and maybe even the finals here. That would make a big difference in the points. We need to keep kicking ass."

"We improved each pass in qualifying and ended up No. 2 and then we turn around and get a huge first-round win so, as usual, Steve Petty (crew chief), Kyle Pettis and Mike Rees have done a great job on this JEGS.com racecar," Coughlin said. "We're not aborting runs, we're not getting shut off for leaks, everything is working and that's because this is a five-star team. I'm proud of these guys."

Coughlin will face Jonathan Gray in Round 2 when Pro Mod eliminations resume at 12:45 p.m., Monday. Gray beat Harry Hruska with a 5.837 at 249.07 mph, meaning Coughlin will have the advantage of lane choice.

"We're feeling pretty good but Jonathan is never an easy draw," Coughlin said. "We had a pretty good lap in the first round and ended up being the second quickest car of the session so with the car running well and having lane choice for the second round, things are looking good. Still, nothing is a given.

"This car has its tongue hanging every run. We're running it pretty hard because we feel like we have to. Mike Castellana and Frank Manzo (Castellana's crew chief) are super fast. They are leading the way and their ET record says the have the quickest car so hats off to them. They've done a helluva job but we're chasing hard. We're nipping at their heels round by round."