With support from his son, Troy Coughlin hopes to steal away second Pro Mod title 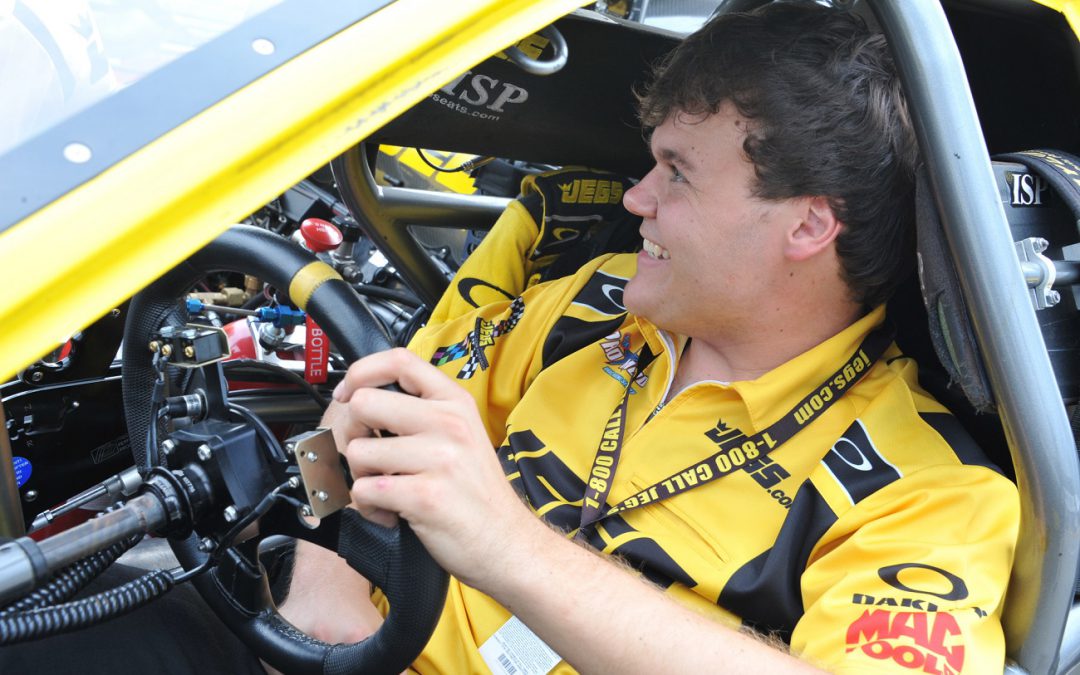 LAS VEGAS (Oct. 27) — The last race of the J&A Service Pro Mod Drag Racing Series is just a few days away and for the third year in a row, 2012 Pro Mod champion Troy Coughlin finds himself needing a solid finale to get himself and his JEGS.com team back atop the Pro Mod world.

For the last two seasons, Coughlin has fought hard only to come up just short in his championship quests. This year he's even closer than ever before, trailing leader Mike Janis by just 28 points as the NHRA tour heads to The Strip at Las Vegas Motor Speedway for the 15th annual NHRA Toyota Nationals.

"It's pretty exciting to be in this position once again," Coughlin said. "It seems like it's becoming a habit to be chasing someone down at the end of the year but maybe the third time will be the charm. We've certainly got a chance at it and we'll do everything we can to steal this one away from Mike, who has been awfully good all year."

Coughlin failed to take full advantage of two recent chances to catch and possibly pass Janis. He first managed to score a big upset Round 1 win against Janis in Charlotte but bowed out one round later himself. At the next event in St. Louis, Janis lost in the quarterfinals but Coughlin once again went out a round later in the semifinals.

"It points to the extreme competitiveness of this class," Coughlin said. "It wasn't like we weren't trying. The facts are, anyone that qualifies can win and we've seen that all year long. At least we gained a couple of rounds on him there.

"I always feel bad when we have chances like that and we don't fully capitalize on them. I know the guys work so hard to give me a great car and it's been solid all year. We've made some mistakes, had oildowns that have cost us 80 points along the way. Those points seem really big right now but that's drag racing. We're all playing by the same rules.

"We tested in Vegas last week and both cars are ready to rock and roll. We know we have no room for mistakes. We just need to go out there and do our thing and see where we all end up."

A wild card that could come into play for Coughlin is his son Troy Jr., who is in his rookie season in the class. Currently sixth in the points, Troy Jr. is looking to finish strong himself, and he'd love nothing more than helping his father advance to another championship along the way.

"We made a bunch of runs in both cars last week and really got dialed in to the altitude and the tune-up we'll need out there," Troy Jr. said. "I hope I can help Dad win this deal. Whatever I can do to help that along, I'll try my best to do it. I really want Dad to win again.

"I had a personal goal at the start of the year to finish in the top four so I need to make up a couple of rounds myself. I've been out at a couple of bracket races the past few weekends so I feel like I'm mentally sharp and ready to go."