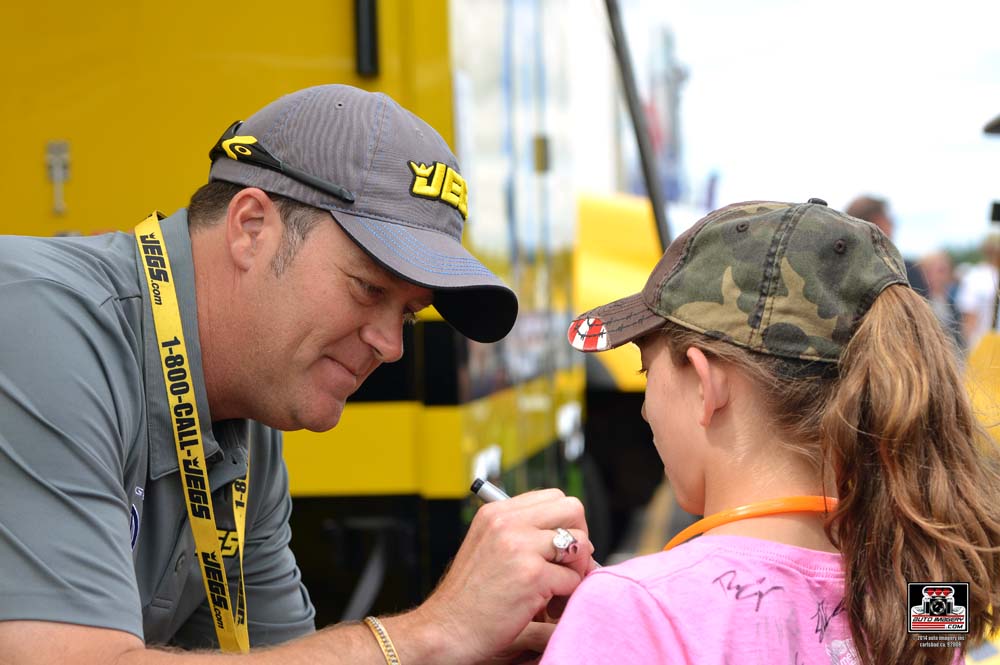 EPPING, N.H. (June 21) — After working his way up to second place in the points chase over the last month and a half, reigning Pro Stock champion Jeg Coughlin Jr. is positioned to make up even more ground on the class lead after a stellar qualifying effort at New England Dragway.

Coughlin used a track record top speed of 214.25 mph during a 6.497-second pass in Friday's evening session to earn the No. 5 qualifying spot for his JEGS.com/Mopar Dodge Dart.

"Both of Friday's runs were great," Coughlin said. "We came out in the first round and qualified second overall, which got a couple bonus points. The car felt good but was a little high on wheel speed in first gear. We worked on that and when I let out the clutch in the second run, the car just took off. It did go left a little bit and I ended up getting into second and third gear a bit early, which killed some momentum. Even so, we threw up a great number, and that's always exciting.

"Today we really thought we were going to peck away at what we had yesterday knowing we were going to have a little bit warmer track and a little bit worse air. I really thought that would play to our favor, but we just didn't read it right. The car made a hard right turn in both runs and we slowed down. This thing is just not happy at the moment."

With room to improve, Coughlin knows the first round of eliminations may be his toughest of the day. Adding to the task is the fact he'll start opposite teammate Allen Johnson, the 2012 series champion.

"We have confidence we can continue to push in the right direction," Coughlin said. "If we can get it to accelerate in first gear and get it under control, our Roy Johnson-horsepower will take over after that.

"We have a tough first-round matchup against Allen, which is unfortunate for the two of us because we'd much rather meet in the final. We both have top-five cars, so it'll be a knock-down, drag-out right out of the chute. He got me last time in Topeka, so maybe it's my turn to take the win."