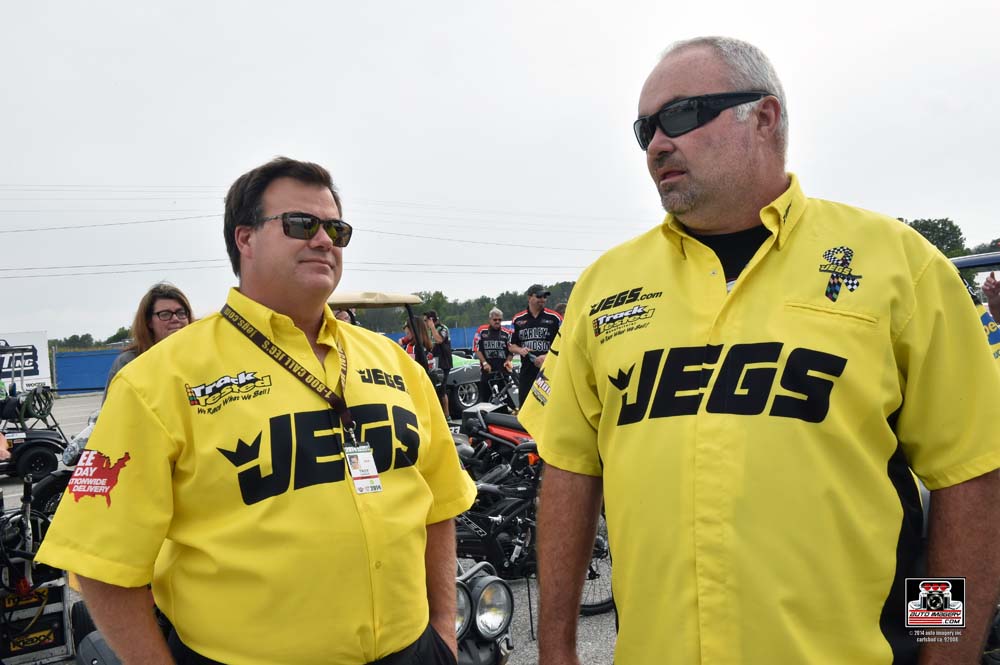 INDIANAPOLIS (Aug. 31) — It has been 23 years since Troy Coughlin hoisted a coveted trophy at drag racing's biggest event, but after an incredible qualifying session for this year's Pro Mod Series presented by JEGS.com race at the 60th annual Chevrolet Performance U.S. Nationals, the 2012 world champion appears ready to party like it's 1991.

"We've made three really good runs," Coughlin said. "I think we were the quickest car in two sessions and No. 2 in the other, so we're obviously onto something good. Team JEGS is off to a tremendous start. Steve (Petty, crew chief) and the guys have done a great job of giving us a good, fast, consistent race car. We're ready for Round 1."

Still earning his drag racing stripes back in 1991, Coughlin accomplished the one thing on every straight-line racer's wish list: winning the sport's longest-running and most prestigious race. The son of drag racing Hall of Famer Jeg Coughlin Sr., a young Troy battled through a tough Super Gas field that weekend in his Pro Stock-style Olds Cutlass, eventually beating Mary Ann Jackson for his first NHRA national event win.

Now he's back with a ton of experience and a super-quick JEGS.com twin-turbo Corvette that topped out at an incredible 5.866 seconds at 248.52 mph, placing him right near the top of the Pro Mod heap.

"I think our success of late is a direct result of a lot of hard work and some very intense testing," Coughlin said. "To make gains in this class there's a lot of crossing your t's and dotting your i's. Right now, Steve's got his hands around this thing and it's hauling ass.

"As a driver, when you have a car that pulls like this all the way down the strip, puts you back in your seat, and still manages to stay straight, it's a real treat. My confidence behind the wheel is sky-high."

Coughlin, who won the most recent Pro Mod race on the NHRA tour two months ago in Norwalk, Ohio, will begin his quest for another Indy trophy against No. 15 qualifier Mike Janis, who struggled to a 5.971 at 243.37 mph in his usually reliable Camaro.

He'll also be keeping close tabs on his son Troy Jr., who is still alive in Super Gas, and brother Jeg, who is a favorite in Pro Stock.

"The U.S. Nationals is cool itself," Coughlin said. "Then to be running this is great, that's really such a nice bonus. My son T.J. is racing Super Gas and Super Comp and he's still going in Super Gas, which is very exciting. Jeg already raced to a runner-up in the (postponed) Minnesota race and he's qualified ninth on the Pro Stock grid for this race, so it's already been a pretty fun weekend.

"We hope to make it even better tomorrow."