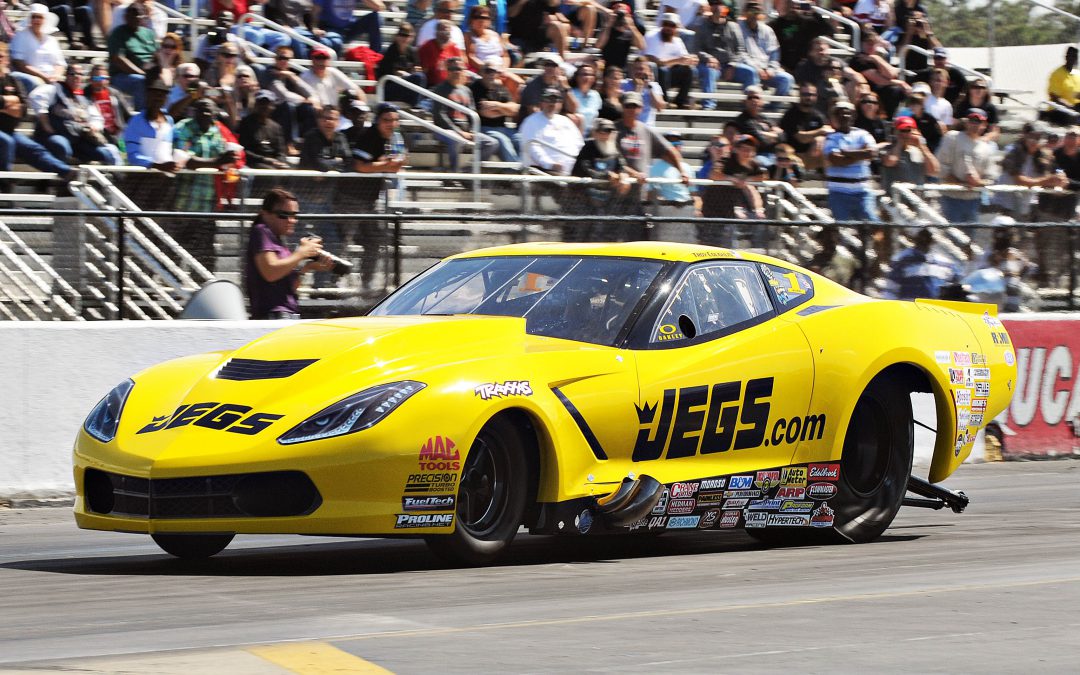 PALM BEACH, Fla. (Feb. 29) — Two-time and reigning NHRA Pro Mod champion Troy Coughlin got a chance to test his 2016 set-up this weekend when many of the top teams in the world descended on Palm Beach International Raceway for the RPM Pro Mod Winter Warm-up.

Racing the same JEGS.com twin-turbo Chevrolet Corvette he drove to the title last year, Coughlin rode tuner Steve Petty's tune-up to the No. 2 qualifying position and a lofty semifinal result on race day.

"It was a wonderful test session all the way around," said Coughlin, who also won the NHRA championship in 2012. "We had a chance to make a bunch of passes under the new rules package and we were very pleased with the results.

"The track put together a race for us as well, which was a lot of fun and kind of helped us get into race mode a little bit. I don't think we've ever been as prepared for Gainesville as we are this year. I'm really excited."

Trailing only Jonathon Gray on the qualifying ladder, Coughlin used his best pass of the entire test session in qualifying second overall with a stout 5.766 at 259.21 mph in a field of 19 racecars.

"Steve Petty, Mike Rees and Kyle Pettis, along with the guys at Pro Line Racing Engines, who gave us an absolutely bullet-proof engine, all worked together so well this past week and I'm proud to have them on my team," Coughlin said. "The NHRA took two pounds of boost away from us, which is a good 150-160 horsepower, but these guys didn't complain, they just went to work and found other ways to make us fast.

"We learned in the past that when you have the No. 1 on your door, everyone you race raises their game to try and take you out. It takes a lot of extra work to defend a world title but we're up for it. I think we're going to have a bunch of fun this year."