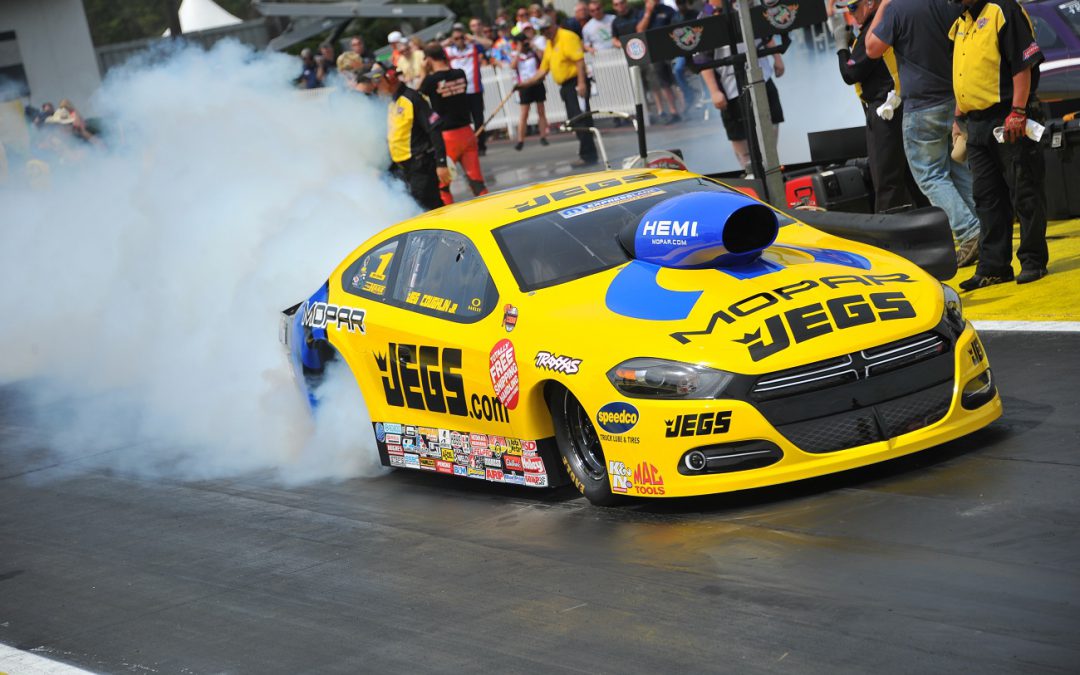 "I feel confident no matter how tomorrow shakes out," Coughlin said. "We've had a chance to survey and run down all four lanes now so we know what to expect. Generally, lanes 1 and 2 are the best because they're run on the most in the normal course of racing here, but NHRA has come in and done such an awesome job of preparing all four lanes that I don't see a big difference between them. That'll make for some awesome racing tomorrow.

"Running well today was good because this will most likely be the exact same conditions we'll have tomorrow. Both of these Dodge Darts coming out of the J&J Racing camp are looking sporty."

So far in 2014, Coughlin has beaten Brogdon twice. He hasn't faced Gray or Patrick, who has competed in just two of four national events this year.

Unlike his last victory in Charlotte, Coughlin will only need to race three rounds to earn the four-wide trophy. The winner will be determined by the quickest elapsed time of the four finalists.

"I'd love to win this deal," Coughlin said. "It's such a special and unique deal that you almost rank it up there with Indy or the Gators. It has a certain prestige to it even though it's still a fairly new deal for modern day drag racing.

"Winning here in the fall gives us a pep in our step and we want to keep that streak alive tomorrow. It would be great if we can get both Allen (Johnson, teammate) and my car into that final foursome and see if one of us can't walk away with the victory."

Due to local noise ordinances, Sunday's eliminations begin at noon ET. ESPN2 will carry the action in tape delay beginning at 8 p.m., Sunday.