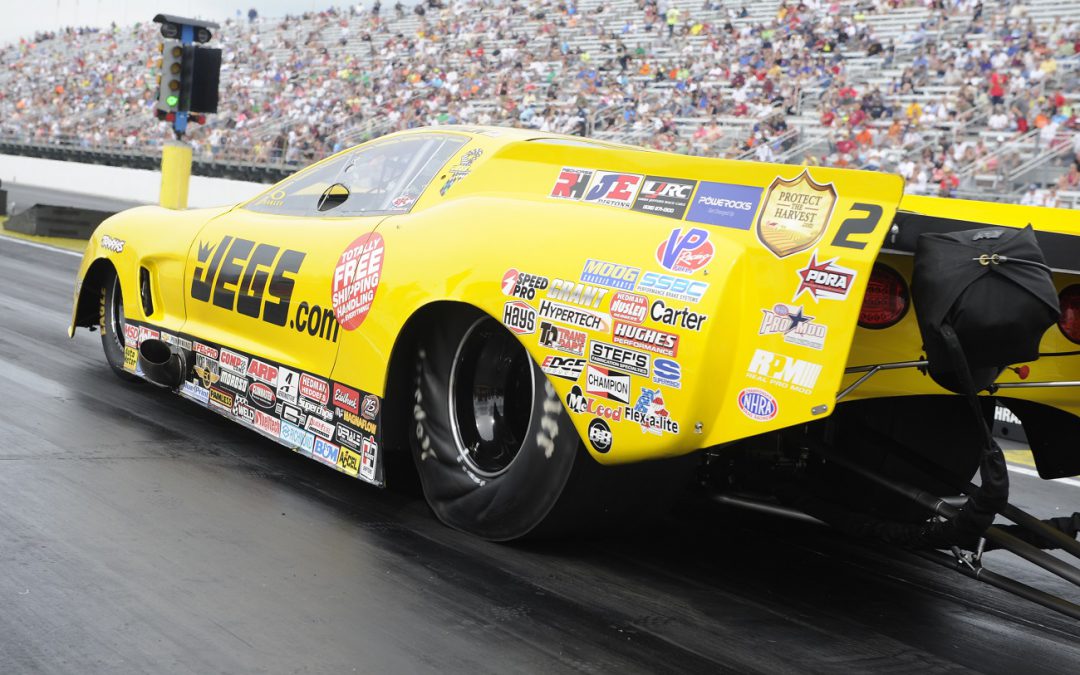 CHARLOTTE (Sept. 8) — It appears 2012 Pro Mod world champion Troy Coughlin is heating up at just the right time as the NHRA Pro Mod Series presented by Powerocks enters its homestretch with the eighth of 10 races taking place this weekend at the NHRA Carolina Nationals.

Coughlin enters zMax Dragway in seventh place in the championship points but is only 44 markers behind second-place driver Mike Janis. Making up that manageable deficit is the first priority for the driver of the twin-turbo JEGS.com Corvette, who has raced to a victory and a strong semifinal finish in his last two national events.

"The car has finally come around and we're back to where it's just responding perfectly to everything Steve Petty (crew chief) and the guys are asking of it," Coughlin said. "That's certainly boosted my confidence behind the wheel, and we've been getting some good results. Everything is clicking right now and there is no reason to think it won't continue in Charlotte.

"I credit the team. Every single person on this crew has contributed so much. No one got down when the car wasn't behaving like we wanted. Instead, everyone just got to work and fixed what was wrong. The recent success we're enjoying is the product of hard work, a lot of testing, and the championship spirit in everyone wearing a JEGS shirt."

Closing the gap on the drivers in front of him — two of which can be caught during the qualifying sessions in Charlotte — is the primary goal of the team. A bit further down the road they will try to catch reigning series champion and current points leader Rickie Smith, who finished just ahead of Coughlin in last year's title chase.

"We've built this class up so much over the last few years, and now there is no question that the NHRA Pro Mod Series is the top place to race these cars," Coughlin said. "Naturally, as the series has grown, the competition has ramped up along with it. There are a bunch of great Pro Mod teams and they're all lining up to take their shots at us. There were 33 cars at Indy. That's just phenomenal.

"All this growth has made it so much harder to win a single round, let alone a race. Personally, I love it. The stress goes up but so does the satisfaction when you win. If you make it to the winner's circle these days, you've earned it, no doubt."