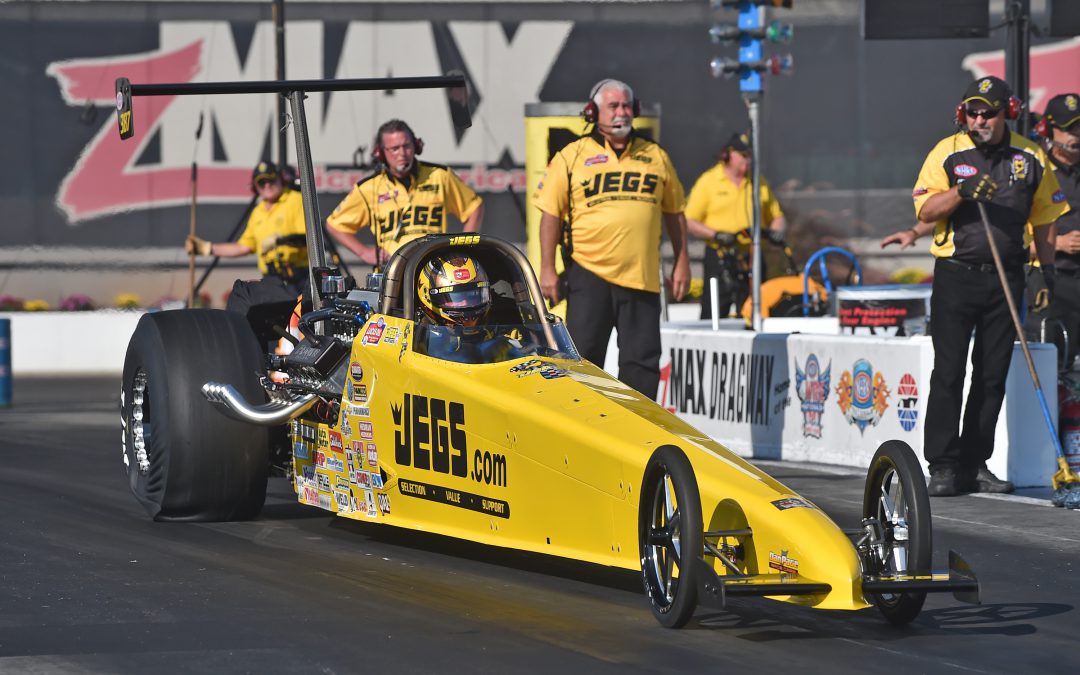 LAS VEGAS (Nov. 1) — Just days after brother Troy Coughlin captured his third Pro Mod championship at The Strip at Las Vegas Motor Speedway, brother Mike Coughlin will try to duplicate the feat himself in the NHRA's Top Dragster category. All Coughlin needs to do is win the final race on the Division 7 schedule, which runs Thursday through Sunday at the famous quarter-mile just north of downtown Las Vegas.

"It's a different kind of win-win situation in that if we win the race, we also win the championship," Mike said. "But like my brother John just told me, you have to be there to win it so we're on our way to Vegas with high hopes and a great racecar. We're not showing up hoping we can win. We're going there knowing we have a great chance to win."

"We haven’t felt the need to do anything to the car," Mike said. "It's been really strong and consistent all season and the losses we've suffered are usually just good close drag races that went the other way.

"If you go back a few years to when we won our D3 titles, it was the same deal. The only difference those two championship years was the close races seemed to always fall our way. Given the level of competition out here, almost every race is very close. I hear the pros say you need a lucky round on race day to get a win. In sportsman racing you may need more than that. It's so tough, but so much fun."

The veteran racer is always quick to give credit to his longtime crew, which consists of Greg Cody, Dave Raurk, Ryan Micke and Tony Collier. The group has found incredible consistency this year with their Dan Page chassis using Proline Racing Engines and ComSync EFI.

"Everyone has done awesome work all year," Mike said. "No matter how it turns out, I couldn't be prouder or have more love and respect for the group that got us to this point. That includes my dad, brothers, my wife Kriss and our boys Jack and Clay, who is actually coming with me this weekend as a good luck charm, and the 400-plus associates we have at JEGS that are always so supportive and encouraging.

"It was a very proud moment seeing Troy win his third Pro Mod championship Sunday and I'm hoping some of that good fortune stays with us this weekend and we can bag another title one for Team JEGS."