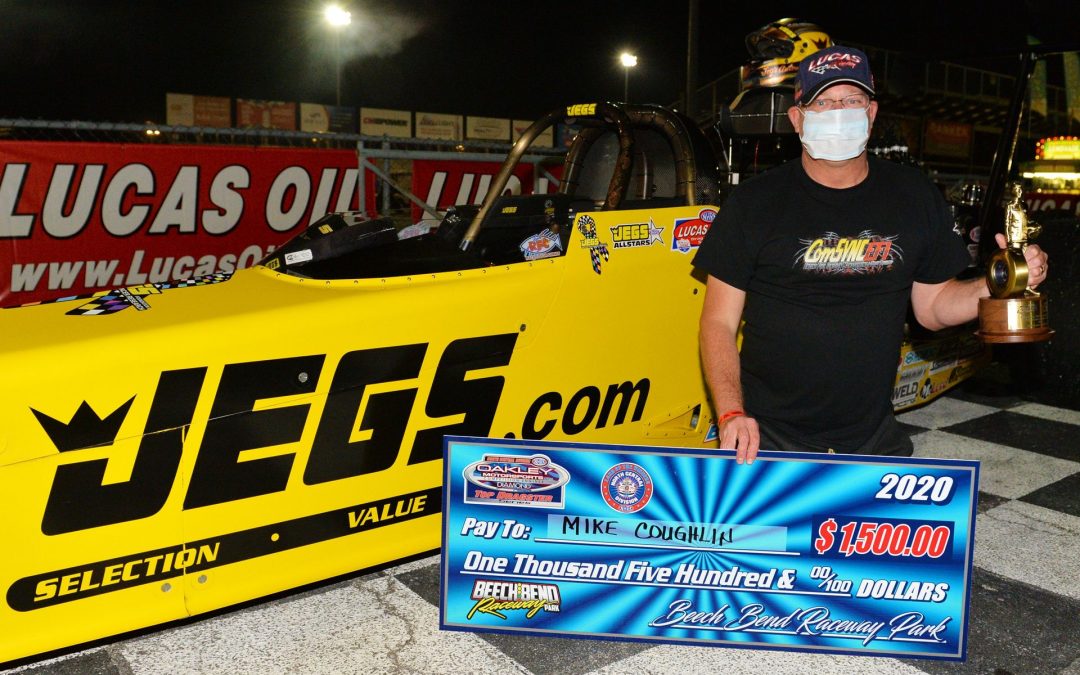 “What a great way to start a very important weekend,” said Coughlin, a 29-time winner in all NHRA competition. “We have a unique chance to win three races in one weekend and you can’t win all three if you don’t win the first one so we’re very happy to earn this trophy. It’s certainly a heckuva confidence booster.” 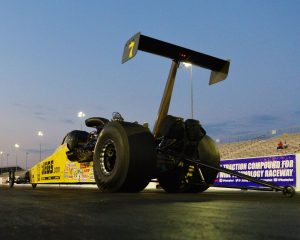 Winning this race was simply a continuation of a dominant outing at Beech Bend Raceway where Coughlin qualified No. 1 with 6.108 at 224.77 mph and powered through a bye run and victories over Phillip Oakley and John Biagi to reach the semifinals before the event was postponed.

Picking up where he left off on Thursday, Coughlin was able to cruise past Al Peavler and John Strassweg — who both fouled out at the starting line — to reach the winner’s circle for the first time this season.

“We had a little luck come our way with back-to-back red lights in the other lane to get this win,” Coughlin said, “but I’ll take it with a smile. There is no question we’ve been on the other end of luck plenty of times, so it always feels good when things even out in your favor every once in a while. I’m pretty sure (Strassweg) had an electrical issue in the final but we’ve also suffered that same fate ourselves in the past. It probably all evens out over time.”

Although the official points haven’t been posted yet, Coughlin certainly improved on the third-place ranking he held prior to the event, when he trailed leader Danny Nelson by 45 points and Patrick Forester by 20. He’s also added some space between himself and fourth-place Peavler and fifth-place Strassweg, who beat Nelson in the semifinals. Forester had previously lost in the first round of eliminations.

Thursday’s victory also was a great way to start a weekend where two more D3 trophies are up for grabs. The originally scheduled St. Louis doubleheader will conclude the Division 3 schedule for the season. 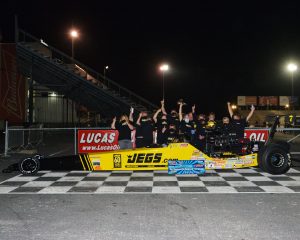 “Greg Cody, Tony Collier and Ryan Micke have this JEGS Dragster running so consistently it’s a real pleasure to drive,” said Coughlin, who previously won the D3 Top Sportsman championship in 2007 and 2009. “We didn’t need to do much to prepare the car for this race. Just a few adjustments to the boost and EFI and we were good to go.

“We did get two qualifying runs for (Friday’s) race before we finished the Bowling Green race and we ran a 6.103 to qualify second so I knew I had a car capable of winning. Now we need to go out there tonight and get No. 2.”